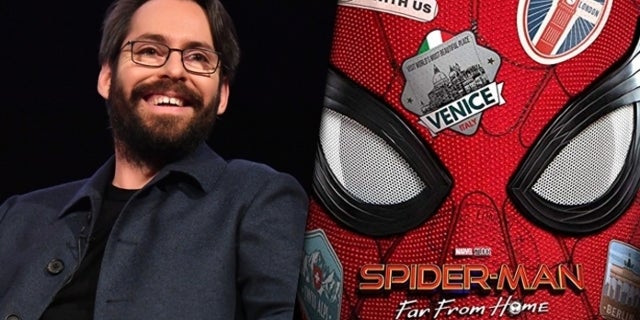 If you have been maintaining with the eternal Sony/Disney sage, you will know by now “the door is closed” on Tom Holland’s Peter Parker returning to the Marvel Cinematic Universe for now. Despite being shut out of the MCU, many of the actors concerned within the present iteration of the franchise appear to be shifting full steam forward, together with Holland himself. That consists of the actor behind Roger Harrington, the very best highschool instructor to ever grace the display screen within the Marvel Cinematic Universe.

In anticipation of Spider-Man: Far From Home dropping digitally earlier at the moment, we caught up with Martin Starr to ask his opinion on the company snafu. As one would possibly count on, Starr is totally recreation for sticking with the franchise, regardless if it is within the Marvel Cinematic Universe or Sony’s Universe of Marvel Characters. “I don’t really know what to think,” Starr tells ComicBook.com. “I’m most of all just curious to see how it all turns out step by step.”

Despite most Spider-Man followers firmly holding the idea Marvel Studios‘ Kevin Feige developed the franchise from the bottom up, Starr insists filmmaker Jon Watts had full management over the productions of each Spider-Man: Far From Home and its predecessor in Spider-Man: Homecoming.

“Honestly, the first two movies felt so in the hands of Jon that the presence of both wasn’t felt until after the fact,” Starr says of being within the Marvel Cinematic Universe. “For me, it’s just seeing how it all is cut together and where it fits…I love being a part of Spider-Man, so however it goes on, I’m excited that it’s going on.”

Other MCU creatives weren’t as eager on the concept, with one of many Avengers: Endgame filmmakers saying it was a giant mistake for Sony to assume they may replicate Marvel Studios’ success.

“It was a tenuous, fraught union throughout the whole process. But, I will say, stepping back and trying to be objective as possible, that I think it’s a tragic mistake on Sony’s part to think that they can replicate Kevin’s penchant for telling incredible stories and the amazing success he has had over the years. I think it’s a big mistake.”

What are you hoping Spider-Man 3 covers? What different members of Spidey’s rogue’s gallery would you want seeing within the threequel? Share your ideas within the feedback under or by tweeting me at @AdamBarnhardt!

Photo by Jeff Kravitz/FilmMagic for HBO