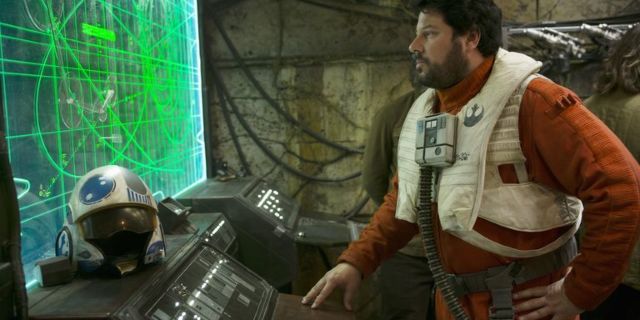 The finish of the Skywalker Saga is lower than two months away, and followers are wanting to learn the way the franchise will lastly wrap up with J.J. Abrams‘ Star Wars: The Rise of Skywalker. But on condition that that is an Abrams-led affair, there are a number of constants in all of his productions that followers can look ahead to. So everybody ought to anticipate to see some mysteries, various lens flares, and the presence of Greg Grunberg, of course. The actor who performed X-Wing pilot Snap Wexley in Star Wars: The Force Awakens is returning for the ultimate installment, working with Abrams as soon as once more.

But this would possibly simply be the following step in Wexley’s journey, as Grunberg has been teasing “BIG NEWS” on the Star Wars entrance for the previous couple of days. Take a glance:

This goes with the picture Grunberg shared on Halloween that confirmed his character in a brand new LEGO set alongside a Funko POP! determine along with his likeness.

Whether Grunberg is simply having enjoyable with followers or teasing a brand new undertaking within the works at Lucasfilm stays to be seen.

But whereas Grunberg would possibly get to proceed his journey within the Star Wars galaxy, this would be the finish of the work Abrams started with the seventh movie within the saga. And he’s conscious that expectations are driving excessive on the upcoming film.

“Endings are the thing that scare me the most,” Abrams admitted to Entertainment Weekly. “This is about bringing this thing to a close in a way that is emotional and meaningful and also satisfying in terms of actually answering [as many] questions as possible,” he defined. “So if years from now, someone’s watching these movies, all nine of them, they’re watching a story that is as cohesive as possible.”