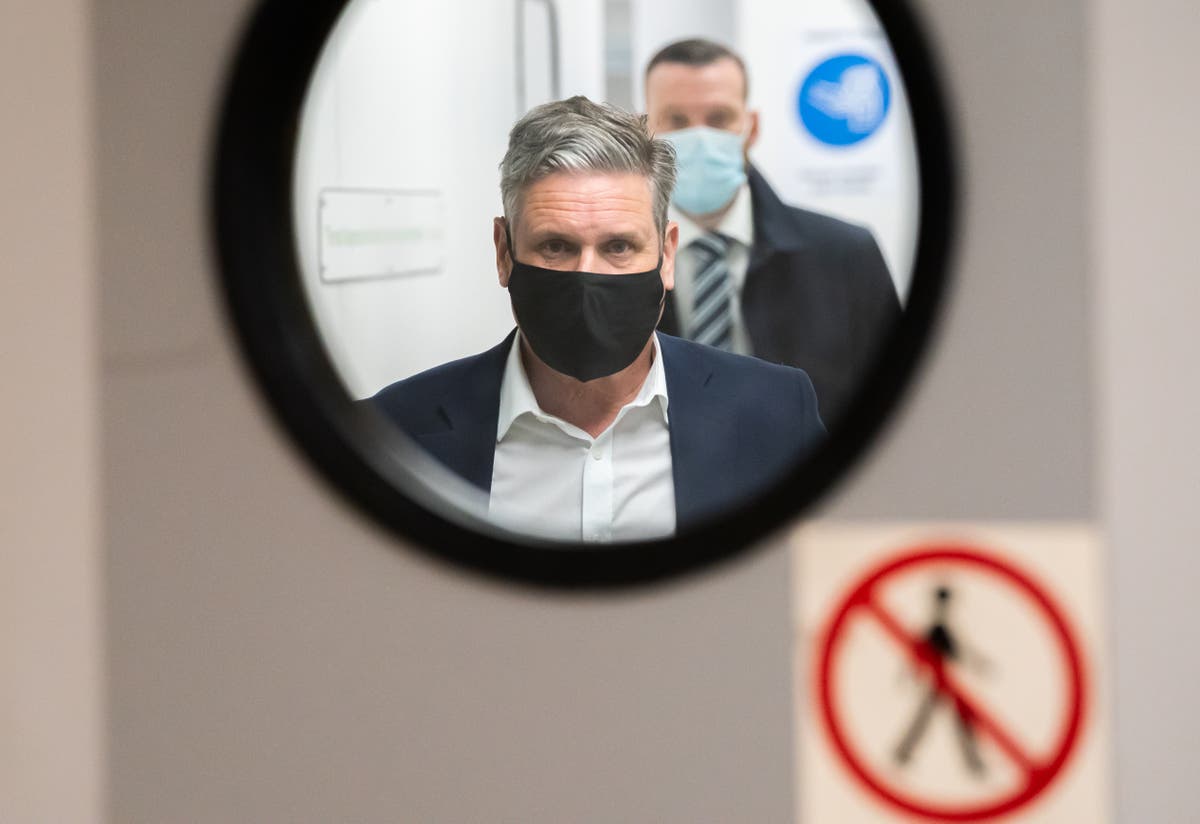 abour leader Sir Keir Starmer acknowledged the party has a “mountain to climb” to rebuild trust with voters as an opinion poll showed the Tories opening up a double-digit lead in the Hartlepool by-election race.

Ahead of Thursday’s vote, the Survation poll for ITV’s Good Morning Britain put the Conservatives on 50% – 17 points ahead of Labour in a seat it has held since it was created in 1974.

Sir Keir, who has visited the constituency three times in the course of the by-election, said he is battling for every vote as he hopes Labour will not lose another seat in the party’s so-called “red wall”.

Defeat in Hartlepool – which Labour held with a majority of 3,595 in 2019 even as other bricks in the red wall crumbled – would be a blow to Sir Keir’s leadership.

“We lost very badly in December 2019, and my job is to rebuild trust, and confidence and reconnection with the Labour Party and that’s what I’m doing,” Sir Keir said.

“We’re fighting for every vote in Hartlepool. We’ve got teams on the ground as we speak.

International Trade Secretary Liz Truss said that despite Labour’s difficulties, it was still a “massive challenge” for the Conservatives to take the seat – which Boris Johnson has also campaigned in.

“I think the fact that Labour is facing such difficult circumstances in their heartlands goes to the issue of what the problem with the Labour Party is, which is they’ve lost sight of standing up for working people, of standing up for jobs and growth in Britain, and that’s what we’re campaigning on,” she told Times Radio.

“We’re running a positive campaign, but it would be a hard task to win a seat like Hartlepool which really has been Labour for generations.”

With voting taking place across Great Britain on Thursday – including for English councils, the Scottish Parliament and the Welsh Senedd – Sir Keir acknowledged he is facing his first major electoral test and promised to take “full responsibility” for the results.

Since the turn of the year, the polls nationally have consistently shown the Conservatives ahead – although there was some tightening over the weekend, suggesting the charges of “sleaze” over cronyism and the funding of Mr Johnson’s flat refurbishment may be beginning to cut through.

Sir Keir said “there is evidence of sleaze, of contracts for mates, privileged access, WhatsApp access, and that is wrong”.

There was a sense of “one rule for those at the top of Government and another rule for everybody else”, he suggested.

“And I don’t actually go along with this argument that says, ‘well it’s priced-in, it may be that the Prime Minister is not being straight but it doesn’t really matter’.

– Survation interviewed 517 Hartlepool residents aged 18 and over by telephone between April 23 and 29.