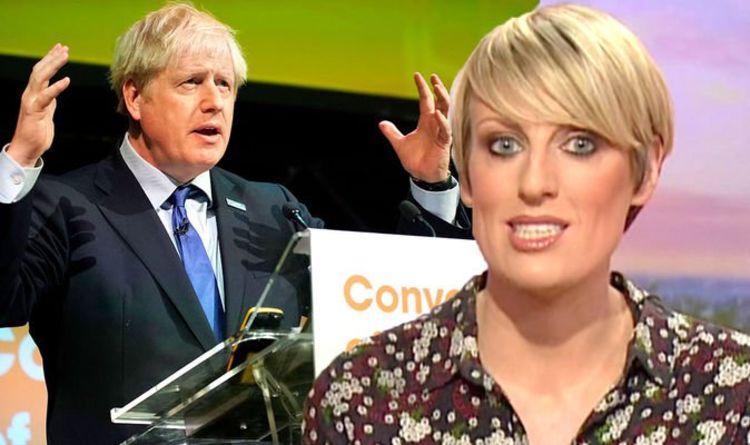 Steph McGovern, 37, who’s at the moment on maternity go away from BBC Breakfast, was internet hosting the Convention of the North held in Rotherham, south Yorkshire. The presenter didn’t maintain again as she took a swipe at Prime Minister Boris Johnson, 55, for his feedback in regards to the former Conservative chief David Cameron being a “girly swot”, which was revealed in a leaked keynote speech. According to The Mirror, she stated: “I’d just like to point out I am a girly swot, and I’m proud of it! Let’s see who’s in the job for longest.” As the group on the Convention of the North laughed, she moved swiftly on with the agenda saying: “Right…so…”