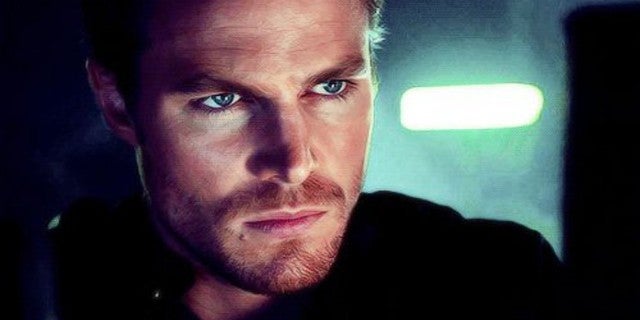 The CW’s Arrow is coming to its end with the upcoming season 8, and now you can get your first tease of how the final season will begin! Thanks to a post on Twitter from Arrow star Stephen Amell, we have the official first look at Arrow season 8 to share with you today!

As the old adage goes, a picture is worth a thousand words, and as you can see for yourself below, this picture is quite the doozy!

That’s right, pictured in this scene is none other than Tommy Merlyn (actor Colin Donnell)! Needless to say, a tease like that is sure to send Arrow fans into speculation overdrive, as they try to come up with explanation for how and why Tommy could be appearing in Arrow’s final chapter, after having died way back in season 1.

Colin Donnell has, of course, made several returns to Arrow since his onscreen demise. In the “Crisis on Earth-X” crossover, an evil alternate universe version of Tommy from Earth-X attacked Earth-1, and was stopped by the Legends of Tomorrow, before taking his own life. Donnell got to do a fun cameo near the end of Arrow season 6; Tommy’s identity was used by “Human Target” Christopher Chance to fake the reveal that Tommy, not Oliver Queen, was actually the Green Arrow. Finally, the end of Arrow season 7 saw Oliver Queen stuck in a perilous near-death experience, and during that ordeal, a hallucination of Tommy appears to Oliver, helping him find the resolve to survive.

With all that said, it’s clear from Arrow‘s past that there’s plenty of room for Tommy Merlyn to make a re-appearance in some form or fashion, without totally upending continuity. In fact, given the nature of Arrow season 8’s story arc, it’s more than possible, it’s likely. After all, this final season of the show is directly tied to the upcoming “Crisis on Infinite Earths” crossover event. That crossover will see the Arrowverse facing a multiverse-level threat, which will span several different realities. It wouldn’t be a shocking if Tommy Merlyn still exists in one of those realities, especially given how many cameos from alternate universe characters that “Crisis” has already confirmed.

The CW’s “Crisis on Infinite Earths” mega-event will run for five episodes over December 2019 and January 2020, featuring episodes from Arrow, The Flash, DC’s Legends of Tomorrow, Supergirl, and Batwoman.