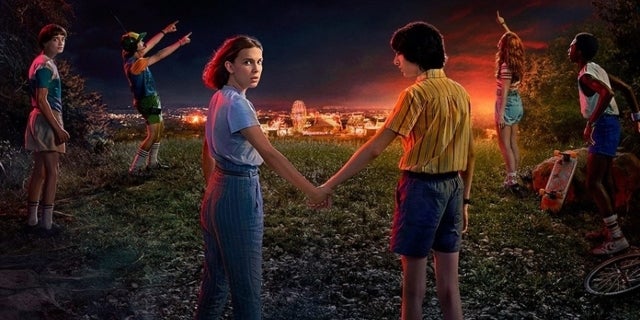 The third season of Stranger Things dropped on Netflix a couple of months ago, but the show’s cast are still treating fans to some excellent behind-the-scenes content. Millie Bobby Brown, who plays Eleven on the show, recently took to Instagram to share some adorable throwbacks from the set. Her images include a cute shot with her onscreen love interest, Finn Wolfhard (Mike Wheeler), her pal and co-star Noah Schnapp (Will Byers), and one of her holding up a prop leg.

“I thought at first it looked like a big piece of beef jerky,” @larsenthompson joked.

“I WANT TO PROTECT,” @jessiepaege added.

“WHAT HAPPENED TO HOP,” he wondered.

Schnapp isn’t the only person wondering what happened to David Harbour’s character, Chief Jim Hopper. Hop is thought to be dead by his friends and family in Hawkins, but fans of the show aren’t buying it. First and foremost, we didn’t see a body, which is pretty much the number one rule of television deaths. Second, the season’s post-credits scene saw a Russian soldier being told to feed a prisoner to their Demogorgon, but is ordered to spare “the American.” Some fans believe Harbour is also sending subtle hints on Instagram that Hop is the American. You can learn about the potential hidden meaning behind his profile photos here.