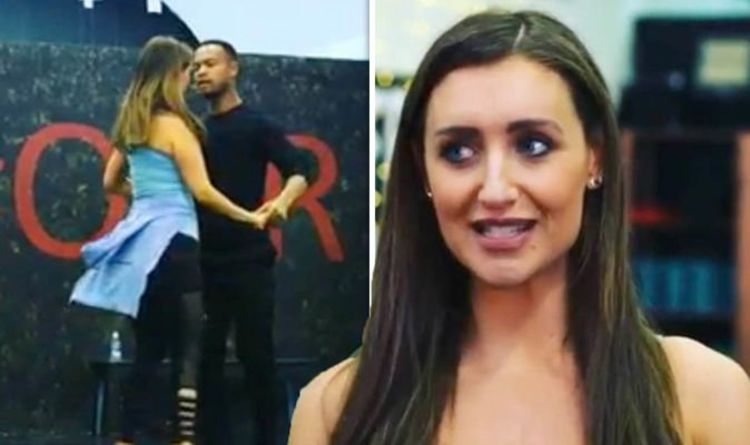 The Coronation Street star has been partnered with skilled dancer Johannes Radebe on the BBC contest.

It has been revealed by Strictly Come Dancing that Catherine will likely be performing a Viennese Waltz in her first dance.

A video posted to Catherine’s Instagram has given followers a backstage have a look at coaching progress.

In the clips, Catherine mentioned: “This week I’m going to be dancing the Viennese Waltz. I nearly said Vietnamese!”

The footage then confirmed her getting into the dance studio to satisfy with Johannes.

“Are you ready for this?” he requested as Catherine replied: “I think so.”

Johannes informed the digicam: “The Viennese Waltz is considered one of hardest dances in ballroom.

“We are doing a Viennese Waltz. Nerve-wracking!”

The clip noticed Johannes taking Catherine for a spin across the coaching room as she exclaimed: “Oh my god.”

However, Catherine went on to confess her issues in regards to the routine to the digicam.

She shared: “The principal factor that I’m anxious about with the Viennese Waltz is the spinning.

“I’m fairly certain I’m going inexperienced. We might need to have Bruno with a bucket on the aspect of stage.”

She later added in self-shot footage: “So I’ve simply received again to my resort after our first day of coaching and the dance is one thing that I like watching as a viewer. I like it!

Despite Catherine’s reservations in regards to the dance it seems as if she’s in good arms with Johannes.

The dancer mentioned: “Me and Catherine get on like a house on fire. Giggles already!”

While Johannes joined the programme final 12 months and appeared in group dances, that is his first 12 months competing.

One person who received’t be collaborating within the contest is Jamie Laing who needed to withdrawn after struggling a harm to his foot.

However, he has since been changed by Emmerdale star Kelvin Fletcher, who’s partnered with Oti Mabuse.

Strictly Come Dancing continues Saturday at 7pm on BBC One.