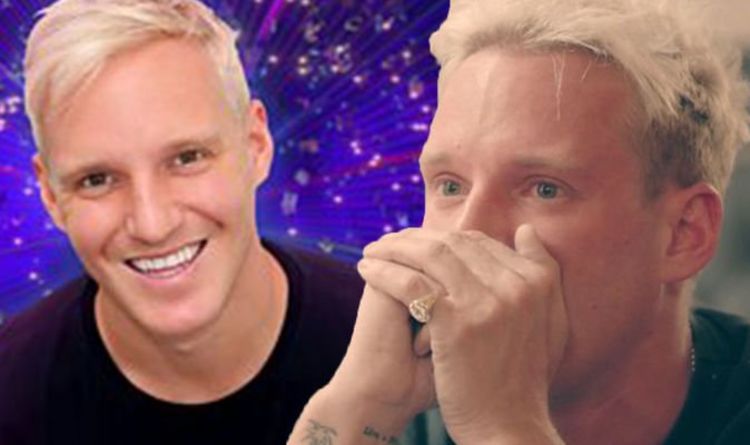 Jamie, 30, was announced as the eleventh celebrity to be taking part in this year’s edition of Strictly Come Dancing earlier this month.

The Made in Chelsea favourite was highly speculated to be signing to the BBC dance show prior to the announcement as one of the only reality stars to ever take part.

Appearing on Loose Women to make the reveal, Jamie said he couldn’t wait to get going, seeing the opportunity as a new challenge to tackle.

As rehearsals get underway in the coming weeks however, there have been concerns over Jamie’s future on the show as he suffers from a preexisting medical condition.

Speaking on his Private Parts podcast, Jamie revealed he suffers from Plantar fasciitis, a foot condition which causes pain around the bottom of the heel of the foot.

With the launch show just weeks away, Jamie and the other 15 celebrities are getting prepared to amaze viewers with a group routine which has been a staple piece to kick the series off.

However, a source has told The Sun there are “concerns” about how Jamie will cope as the training gets more intense in weeks ahead.

The source reports the treatment process could “affect his ability to dance” but doctors are “keeping a close eye” on the condition with Jamie “positive that the treatment and advice he’s been given will help him get back to full form”.

If the condition continues to flare up despite the treatment, will Jamie be forced to quit the show before he really gets into the fold?

Fans of the show are already backing Jamie to be one of the favourites to progress well as the competition gets underway in the next few months.

Jamie is currently standing at sixth place in latest odds from Coral bookmakers, with his chances at winning at 10-1.

The Made in Chelsea star also has a huge social media following and could be one of the favoured celebrities due to his popularity online.

Out of all of this year’s competitors, Jamie has the largest following on Twitter at 875.6k and counting.

If Jamie manages to treat his condition effectively, could he be one of the rising stars of this series and take the crown?