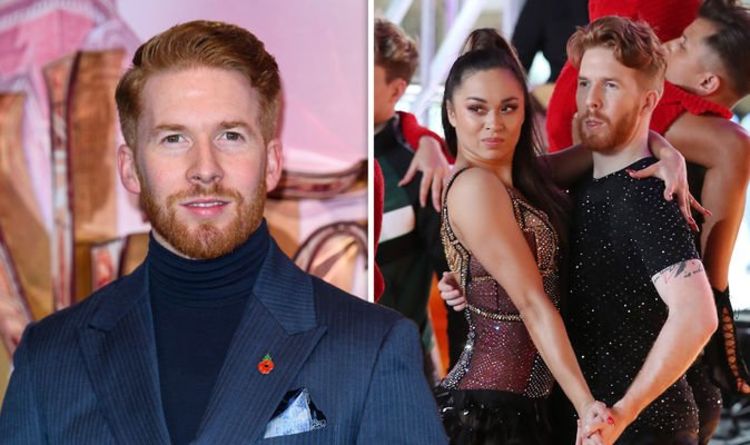 Neil has danced on the BBC programme for the past three years in the group numbers.

However, he is yet to be partnered with a Strictly Come Dancing celebrity to compete in the main contest.

But now in the wake of the split, Neil is set to land a celebrity partner according to The Sun.

The publication has said Neil will be part of the main professional line-up in place of Gorka Marquez.

They claim Gorka is said to be “not tall enough” for many of the female stars in the cast.

Katya is also allegedly coming back to the show as part of the main professional team following on from reports that she had been pulled after the Seann Walsh kiss scandal last year.

“Katya has got lucky. She was lined up for a back-up role following the controversy of the last series and accepted she would just have to ride this year out,” a source told The Sun.

“But the way the bookings panned out, a space has come open and she’ll be part of the main series.”

A Strictly Come Dancing representative declined to comment when contacted by Express.co.uk.

Neil and Katya announced their split yesterday as they both shared the same statement on their Instagram accounts.

The post read: “Hi everyone. As our fans and loyal supporters you are really important to us and so we wanted to let you know some news. After 11 years we have made the mutual decision to separate.

“We will always love each other, just in a different way as friends.

“This will never change what a great team we make and we are really proud of everything we have achieved together.”

They went on to say they would continue to dance together following the separation.

It continued: “Our shared love of dance means we will keep working and dancing together as well as exploring individual projects.

“No matter what we do we will always support and respect each other.

“We wish one another every happiness and we will remain the best of friends. We are really looking forward to getting back to the ballroom and can’t wait to keep on dancing. Lots of love from us both xx.”

Several of the Strictly stars’ colleagues took to the comments of the post to support their friends.

Strictly Come Dancing will return to BBC One in the autumn.