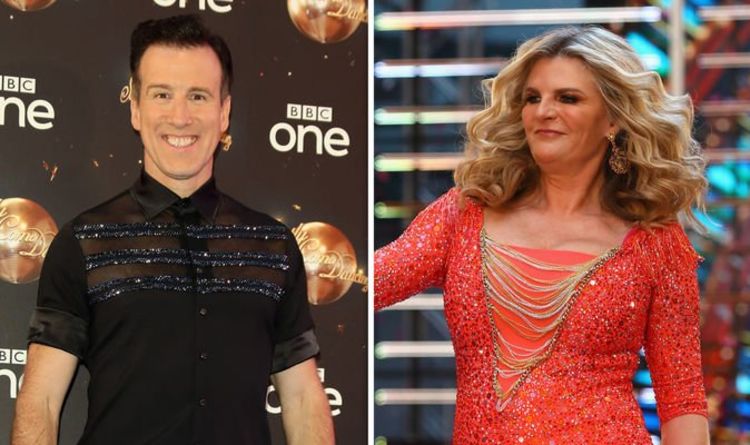 The four judges in Strictly Come Dancing can mark the performances on a scale of one to 10.

The lowest score a couple can receive from a judge is one, which is very unlikely, and the highest score to be rewarded is the perfect 10.

In the show’s 16-year history, only 11 performances have been given a one by at least one of the judges.

The majority of the ones have come from the harshest judge on the panel, Craig Revel Horwood.

Quentin Wilson and Hazel Newberry in week two of series two received a score of one from Craig and Arlene Phillips.

They scored eight out of 40 for their Cha Cha Cha Routine.

Quentin and Hazel were eliminated from Strictly Come Dancing in week one.

Fiona Phillips and Brendan Cole were awarded a one by Craig in week two of series three.

They received a total score of 13 out of for their Rumba.

Fiona and Brendan were voted out of Strictly in week four.

Gary Rhodes and Karen Hardy in week one of series six were rewarded a one by Craig for their Cha Cha Cha routine.

However, the other judges gave them higher scores of fives and sixes, so their total score was 17 overall.

Gary and Karen were eliminated from Strictly Come Dancing in week three.

Once again, it was Craig who awarded the couple a low score of one.

John withdrew from the competition ahead of week 10 of the show.

He said: “If the joke wears thin, if in fact people begin to take it very seriously, and if people really are getting so wound up that it’s very difficult to carry off the joke, then I think it is time to go.”

WHEN IS THE STRICTLY 2019 LAUNCH SHOW?

For their Salsa routine, they scored a low of 12, with Craig awarding them a pitiful one.

In the eighth week, Anna and Anton performed the Samba.

Ann had refused to perform some of the Samba steps because she saw them as ‘too suggestive.’

As a result of their lacking performance, Craig awarded them a score of one and they achieved just 13 points.

In week nine of the series, Ann and Anton’s Rumba earned them another low point of one from Craig.

They were eliminated from Strictly Come Dancing in week 10.

In series nine of Strictly, Nancy Dell’Olio and Anton in week one received a one from Craig.

They had performed the Waltz and suffered a wardrobe malfunction which saw Nancy’s dress get caught between her feet.

For their Waltz, they received a score of 12 points overall.

Nancy and Anton were voted out of Strictly Come Dancing in week five.

WHY HAVE STRICTLY PRO’S NEIL AND KATYA SPLIT?

Craig did not issue a score of one for seven years until Susannah Constantine and Anton performed the Samba in week one of season 16.

They scored just 12 points overall for their Samba routine.

Craig once again used his one paddle for Susannah and Anton in week two of season 16.

Their Foxtrot performance received the lowest scoring that dance in Strictly history, scoring just 12 out of 40.

The previous lowest score for a Foxtrot was 16 by Chizzy Akudolu and Pasha Kovalev in 2017.

Craig, who had awarded Susannah and Anton a score of one, said “even the smoke sadly couldn’t cover that complete dance disaster.”

Susannah and Anton were the first couple to be voted out of Strictly last year.