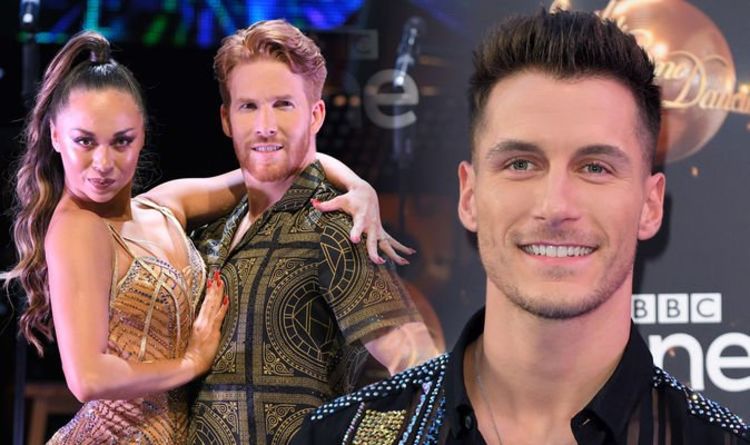 Strictly Come Dancing fans are waiting to find out which professional dancers will be paired with which celebrities.

Reports have emerged earlier today suggesting Neil Jones will get a celebrity partner for the first time.

However, it’s believed his new role will come at a cost as Gorka Marquez is thought to be the one who is stepping down.

It would be a big blow for fans who love the Spanish hunk’s inclusion on the show.

The Sun have reported Neil was picked “over” Gorka because he “isn’t tall enough” for this year’s line-up.

It is believed new dad Gorka will become one of Strictly’s reserves, and will still dance in group numbers.

Express.co.uk has contacted a representative of the BBC for comment.

The news comes just one day after Neil announced his split with wife and fellow professional, Katya Jones.

Both Neil and Katya issued the same statement, which read: “Hi everyone. As our fans and loyal supporters you are really important to us and so we wanted to let you know some news.

“After 11 years, we have made the mutual decision to separate.”

It continued: “We will always love each other, just in a different way as friend. This will never change what a great team we make and we are really proud of everything we have achieved together.

“Our shared love of dance means we will keep working and dancing together as well as exploring individual projects.

“No matter what we do we will always support and respect each other.”

They added: “We wish one another every happiness and we will remain the best of friends.

“We are really looking forward to getting back to the ballroom and can’t wait to keep on dancing. Lots of love from us both xx.”