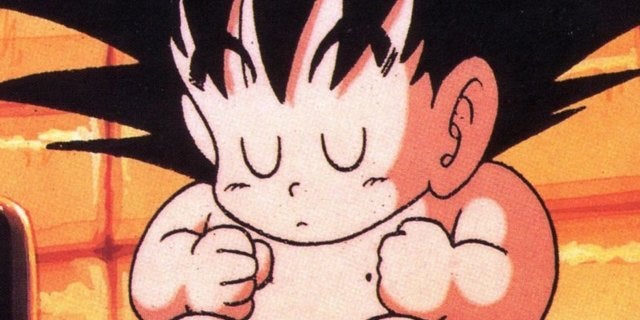 Being a parent is one of life’s hardest tasks, but there are things that make it easier. A supportive family and individual goals can all make parenting easier, but one fan has found their own means of simplicity.

After all, parenting a newborn becomes way more interesting when you’ve got them nestled in a Dragon Ball-themed nursery.

Over on Reddit, a video was posted of Vinnie’s Studio showing off a swanky baby’s room. The nursery, which was documented by Vinnie Lamborn, is themed through and through as its outer door is painted with Capsule Corporation logos. A circular peephole will let anyone outside take a quick look within the room, and the inner area is downright gorgeous.

Walking inside, fans can see the entire room is painted sky blue with clouds dotting the walls. A young Goku can be seen riding his Flying Nimbus with Chi-Chi hanging on tight. One wall is entirely decorated by Shenron as a complete set of Dragon Balls sit underneath the dragon, and that is just the beginning.

The nursery is filled with items any parents would need like a crib and rocking chair. A changing table sits in the back, but it is bolstered by a giant hanging Dragon Balls radar above it. The rest of the room tour shows off even more wall paintings of characters like Yamcha, and the reel culminates with a look at the nursery’s own Kame House.

Clearly, this is a bedroom worthy of any Saiyan, and it would be hard for even King Vegeta to match its splendor. Of course, fans know how babies were reared on the Planet Vegeta, and this nursery is an immediate upgrade. After all, kids were nursed in giant medical pods until they were old enough to contribute to society. Saiyans were not known to care for their young, so it was safer to nurse them remotely in pods than risk them dying due to negligence. Not one of them had a nursery as nice as this one, so there is no telling what this kid’s power levels will be down the line!

So, would you be down to sleep in a Dragon Ball bedroom like this one? Let me know in the comments or hit me up on Twitter @MeganPetersCB to talk all things comics and anime!