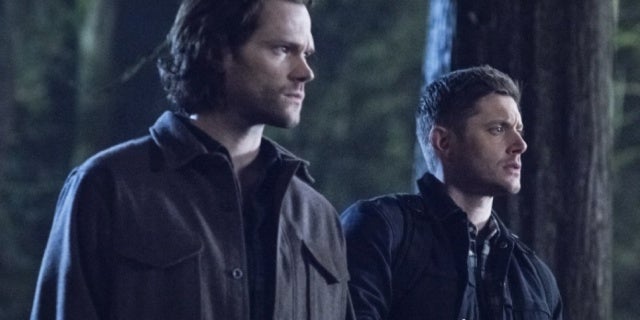 With the last season of Supernatural underway, there are so much of questions on how the lengthy-working sequence can presumably wrap up all of the storylines which have been spun over the final decade. But The CW sequence has confirmed to maneuver at a fast tempo, pushing the Winchester brothers nearer and nearer to hell as they attempt to save the world — one final time. The fourth episode of the last season additionally marked an important day as actor Jensen Ackles took the director’s chair, helming a pivotal episode in the sequence.

The episode featured the return of actor Ty Olsson as Benny, Dean’s vampiric pal from his time in purgatory who first appeared in Season 8. The character hasn’t appeared on Supernatural since Season 10, however made a memorable entrance — and exit — in the newest episode.

In the episode, Sam begins to dream and sees his brother killing a number of demons earlier than coming throughout Benny, although the two find yourself dying in considerably ugly circumstances. Ackles spoke with Entertainment Weekly about how the scene got here collectively.

“It was just written as a soldier,” Ackles defined to EW. “I was like, ‘Can we get a familiar face, somebody that we know?’ So they sent over a couple of names of people from the past. I think one was Donna or Jody or Bobby. There was a list of possibilities, and they started calling down the list and nobody was really available for that day. Then I was like, ‘What about Ty [Olsson]?’”

Ackles managed to carry all of it collectively by personally calling the actor and bringing him out for a day of filming.

“I called Ty and was like, ‘Dude, are you available to come for like half a day on Friday and shoot this,’” Ackles mentioned. “He was like, ‘I’m in Calgary. I’m working Thursday and then I have to work Monday but I have Friday off, I can fly in no problem.’ So he came in and literally he was there for a few hours and knocked it out. It was so cool having him there. It was like he’d never left.”

New episodes from the last season of Supernatural air on Thursdays on The CW.