Susanna Reid has been a long-standing presenter on ITV’s ‘Good Morning Britain’, normally alongside Piers Morgan. But in one archive clip, the presenter suffered an unfortunate clothing disaster during a news bulletin alongside Kate Garraway and John Stapleton. While the TV star fled backstage to change her outfit, her co-hosts mocked her for the embarrassing moment and later compared her to Cilla Black.

While speedy attempts were being made to repair the GMB host’s dress, her co-presenters recounted the audience with their own version of what happened.

Kate said: “I think we should just explain that Susanna’s just nipped out of the studio with a slight wardrobe malfunction.

“It’s all being sorted out, although it has warmed John up this morning.”

Crewmembers could be heard laughing in the background as the male presenter jokingly stroked his chin and Kate made further quips.

She continued: “He’s very pleased about it, I won’t go into any more details but it was marvellous for a moment there for you wasn’t it?”

John interjected: “I was going to say details may or may not emerge later.” 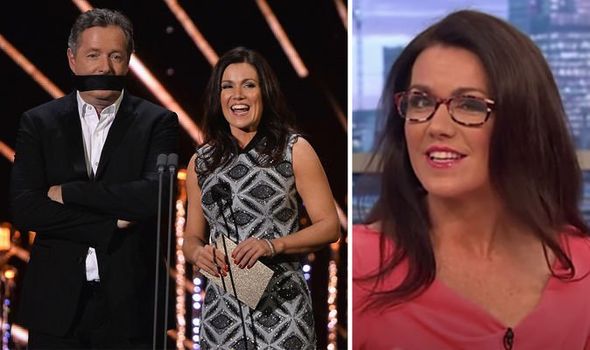 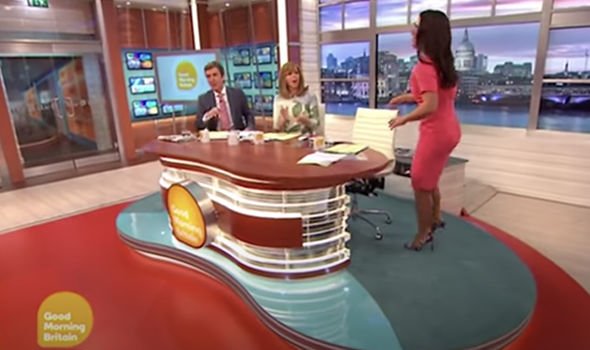 Susanna Reid raced back on-camera from backstage after suffering a ‘wardrobe malfunction’ on GMB (Image: ITV)

Kate suggested that the decision should be up to Susanna as to whether she wanted the moment to be shared with viewers.

Before continuing onto the next news segment, John quipped that she was currently “indisposed”.

Moments later, the ITV star returned in front of cameras in a slightly different reddish-pink dress.

Kate joked: “Come on Susanna, look at that, I think we need a round of applause, beautiful, beautiful.

“Are you going to be Cilla Black for each item now and have a new outfit on for each one?” 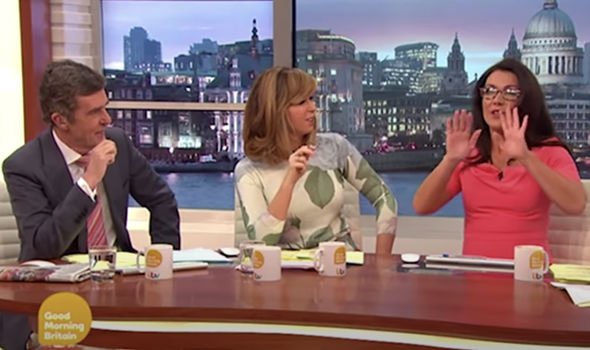 Susanna said: “You know what… no one would have noticed it’s almost exactly the same.”

They pressured the presenter into confessing what happened, with John stating: “Come on, confess it! Tell them what happened.”

Susanna claimed her co-hosts had been “very sweet” by stating she had suffered a “wardrobe malfunction” because in reality her “dress broke”.

She continued: “During the news bulletin the back of it completely split open.”

Kate added: “I tried to help but there was little I could do.”

Susanna explained that while the “lovely wardrobe mistress” did try to sew her back into the dress there was one big problem.

She added: “I think that yes, physics and my sheer width was actually proving a bit of an obstacle.”

As all of the presenters laughed, John quipped: “It’s one of the bonuses to this job that they don’t put in the job description.”