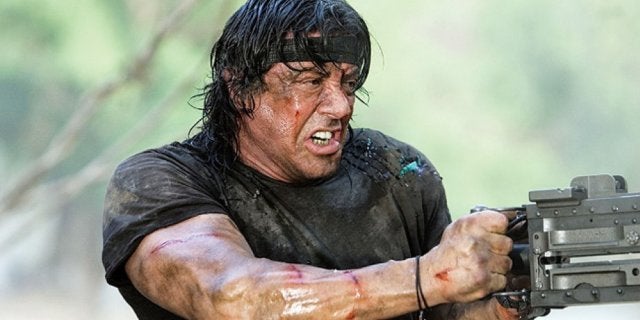 It was recently revealed that Sylvester Stallone’s highly-anticipated new action flick, Rambo: Last Blood, would be getting a new trailer next week. The actor is teasing the upcoming new footage with a great still from the movie, which shows his iconic character, John Rambo, looking fierce on top of a horse. The newest and probably final trailer for the film is expected to drop on Tuesday, August 20th.

Many people commented on the post, clearly eager to get a glimpse at the new movie:

“Everyone take a minute to appreciate the composition of this photo. Beautiful,” @john_rivoli replied.

“So excited loved all of the past Rambo films so much blood, gruesome, and action,” @otcuj wrote. (Fan can expect more of the same as Stallone recently revealed the film has a “hard R-rating.”)

One of the film’s stars, Yvette Monreal, also commented:

Previously, Stallone spoke about what fans can expect in the new movie.

“Bad things happen,” he shared. “There’s going to be some serious vengeance in this movie. A lot of people getting hurt.”

“Rambo deals with the dark side of nature that most people live with. Rocky is different, he’s more the optimist,” he added, “there’s optimism and pessimism in these two characters.”

“In every film, Rambo never goes home, he goes out to the jungle or Afghanistan. In the new one, he does come home, but in a way, he never arrives. He’s there, but he’s not. That’s what the whole story is built around. As soon as he walks outside his door, he has no more control. The world controls you,” Stallone explained.

Are you excited for Rambo: Last Blood? Let us know your thoughts in the comments below!