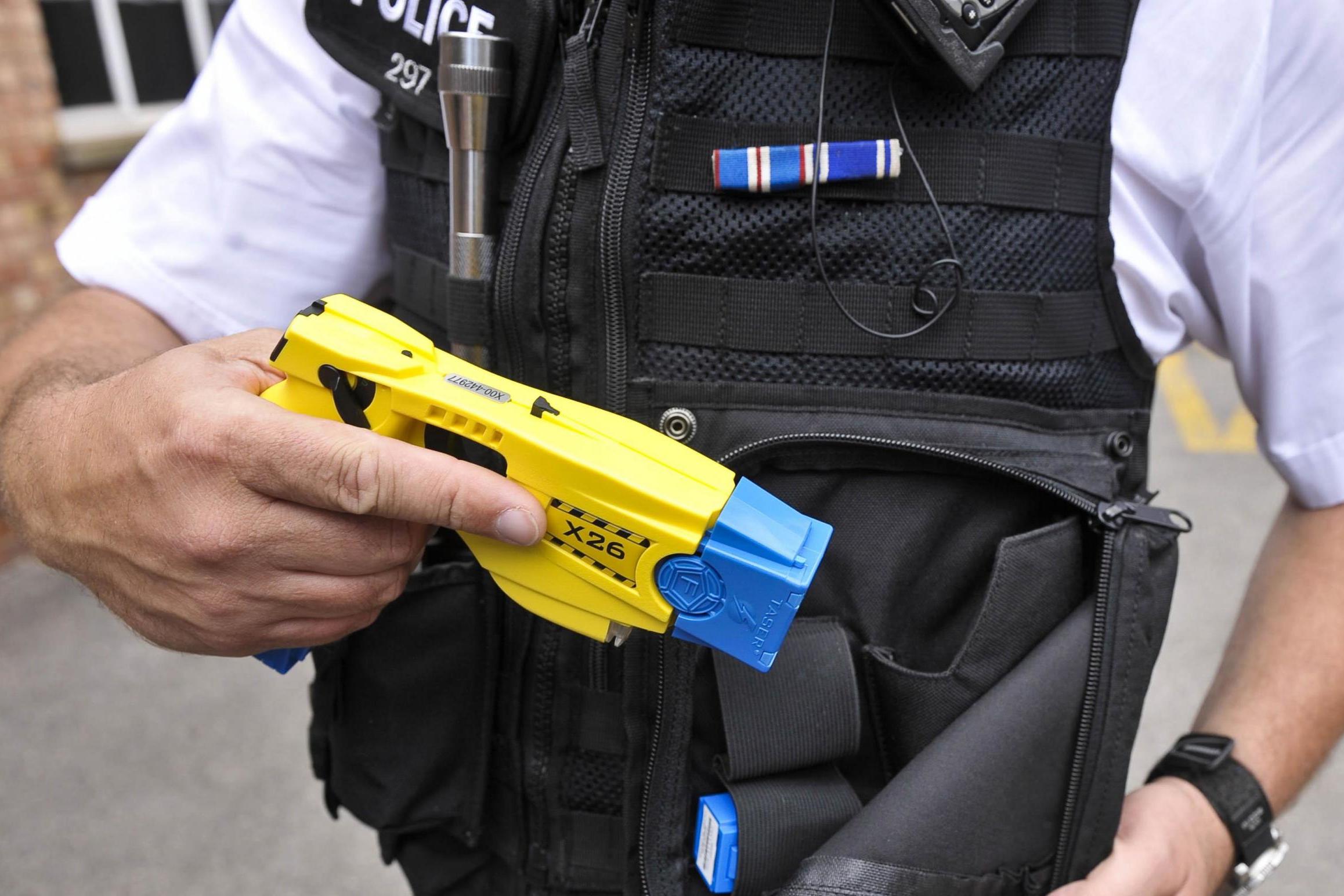 Tasers will be issued to every frontline officer in one police force in response to a “sickening trend” of attacks on the emergency services.

Northamptonshire Police Chief Constable Nick Adderley, who served in the Royal Navy before joining the police, said the decision to issue the weapons was not taken lightly.

According to a Parliamentary briefing, there were 1,044 frontline officers in the force as of March this year.

Mr Adderley said the weapons would be issued to all officers who want one.

He told the Daily Express: “I can’t sit here and preside over a situation where my officers are exposed to increasing levels of violence when at my disposal is equipment that could save an officer’s life.

“There are people out there who are prepared to seriously injure, or worse.

“We haven’t moved with the times and we have to move with the times to combat the threat we are facing daily from those who simply have no respect for law and order.”

Mr Adderley has previously called for Tasers to be standard issue within three years, but said he was “not prepared to wait” and that Northamptonshire Police and Crime Commissioner Stephen Mold was “fully supportive”.

Community ‘in shock’ as man shot dead in County Down


In a tweet, Mr Adderley said risks to officers had “changed dramatically”, adding: “Our officers have a right to feel safe, supported and adequately equipped to tackle this sickening trend.”

The announcement follows the death of Pc Andrew Harper in Berkshire last week as he responded to reports of a burglary, the latest incident where an officer has been harmed while on duty.

Earlier this month, Pc Stuart Outten was attacked with a machete in Leyton, east London, and used a Taser despite being stabbed in the head, while West Midlands Police Pc Gareth Phillips was run over with his patrol car in Birmingham.

Issuing Tasers is a matter for each individual police force, but Police Federation of England and Wales national chairman John Apter told the paper: “We should ensure every officer who wants to carry a Taser can do so.

“Officer safety should never come second to balancing the books.”