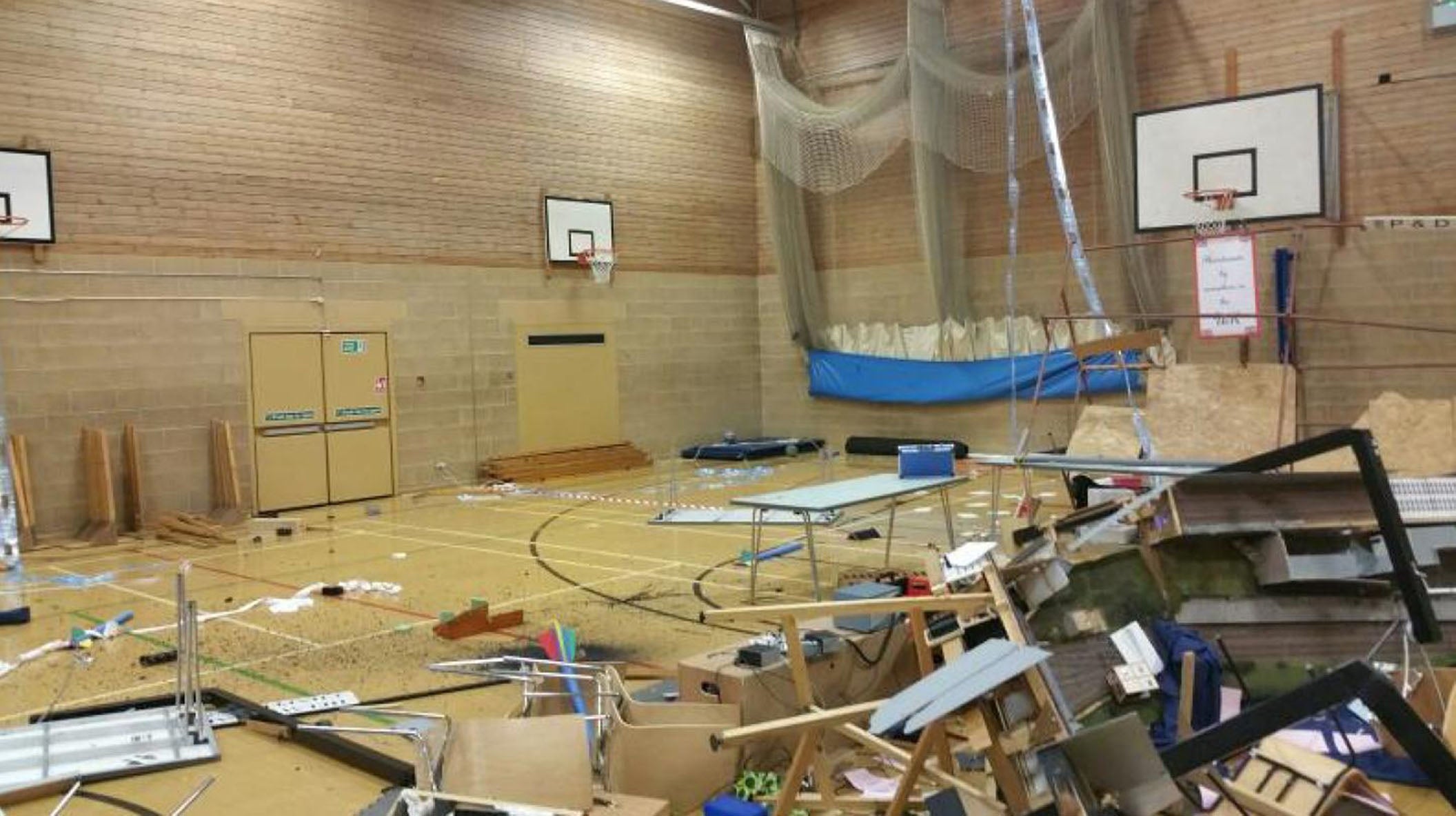 Three “mindless” teenagers who trashed a £30,000 model railway exhibition in a “wanton” vandalism spree have been ordered to pay a total of just £1,500 in compensation.

The three schoolboys, who shared a bottle of vodka during a pre-exam night out, deliberately trashed the exhibition during a 4am rampage , a court head.

Members of the Market Deeping Model Railway Club said a “life’s work” had been destroyed during the vandalism – with some displays taking years to complete.

The youths, who cannot be named for legal reasons, apologised for their behaviour, while their parents said they were “ashamed” and “disappointed”.

The three boys’ parents were ordered to pay back £500 in compensation due to the “not repairable or replaceable” damage.

The court heard how the club’s annual show was being held in the gym at the Stamford Welland Academy in Stamford, Lincolnshire when the incident took place on May 18.

The 16-year-old defendants decided to play football in the gym in the middle of the night.

The teenagers, along with a fourth defendant, then went on a 4am “rampage” by pushing tables over and throwing parts of displays against the wall.

They continued their football game despite displays being destroyed, the court heard.

Police were called to the scene after being alerted by the school’s alarm system. The youngsters were eventually found in the school toilets and arrested.

Magistrates at Lincoln Youth Court ordered the three boys’ parents to pay back £500 due to the “not repairable or replaceable” damage after the four boys admitted criminal damage.

Chairman of the bench of magistrates John Lock told the youths: “In nearly 20 years on the bench, I cannot recall such a case as this, of mindless, wanton destruction. It beggars belief.

“In the dead of night, when people are in their beds in the main, you were out playing football, which is extraordinary at that time of night.

“You came across the displays and models, all of you… and not content with kicking a ball, you then went on a rampage. The mindlessness comes shining through.”

Pink weighs in to defend Harry and Meghan from ‘public bullying’


Despite the damage caused, the magistrates decided not to send the boys to custody.

Mr Lock continued: “It would not be right to put you into custody. You have all got good futures and it is right that you make best use of them.

“There will be a referral order. It will last for 12 months, which is the longest you can make an order for – there would be a wish that you could make it longer, but you can’t.

“Nothing can compensate for what you did that night”.

More than £107,000 has been raised by members of the public to repair the exhibitions.

Singer Sir Rod Stewart – a long-standing model rail enthusiast – personally donated £10,000 to the club after hearing about the vandalism.