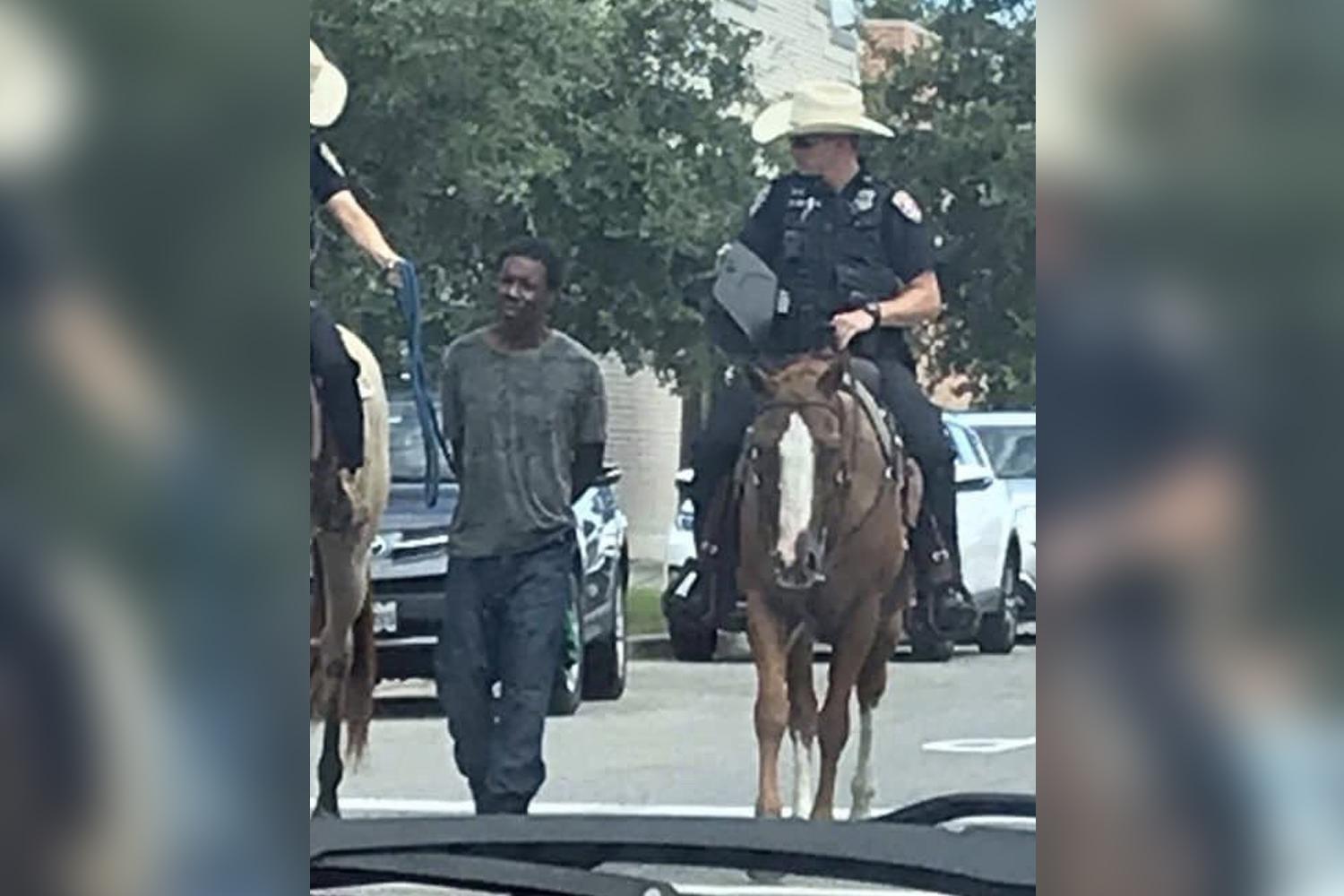 Two Texas police officers who led a handcuffed black man down a street by a rope will not face a criminal probe by the state’s law enforcement agency, according to officials.

P. Brosch and A. Smith were seen riding on horses earlier this month while leading 43-year-old Donald Neelby by a rope clipped to his handcuffs.

The suspect had been arrested on a misdemeanour criminal trespassing charge.

In a statement to The Washington Post, the Texas Rangers said that it had spoken with the Galveston County District Attorney’s office, “which determined that there was nothing that warranted a criminal investigation.”

It also said the officers’ actions “had not violated the law.”

Mr Neely was released on bail and the Galveston officers returned to work days after his arrest.

A photo of the incident sparked outrage and an apology from Galveston Police Chief, who said the officers caused Mr Neely “unnecessary embarrassment”.

He asked the Galveston County Sheriff’s Office and Texas Ranger Division of the Department of Public Safety, to conduct an investigation.

An investigation by the Sheriff’s Office is still ongoing.

In his apology earlier this month, Vernon Hale said the horseback arrest was “a trained technique and best practice in some scenarios,” but he believed the officers “showed poor judgment in this instance.”

“My officers did not have any malicious intent at the time of the arrest, but we have immediately changed the policy to prevent the use of this technique and will review all mounted training and procedures for more appropriate methods,” he said.