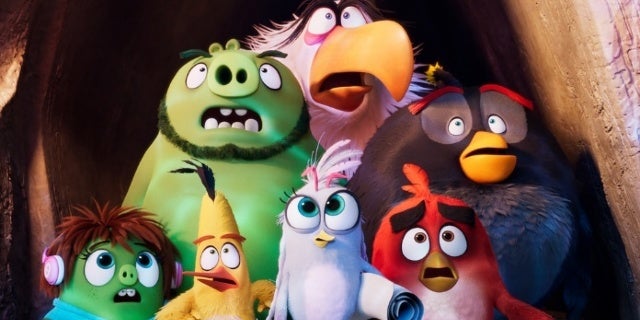 Now that we’re past its initial release, it feels like it’s time to officially call it: The Angry Birds Movie 2 is officially the highest rated video game movie of all time on Rotten Tomatoes. Early reviews had pegged it as such, but now that even more have rolled in, it seems like the adaptation of the mobile games where players fling birds at buildings full of pigs is here to stay with a 76% “Fresh” rating.

If you’ve been following this thrilling saga, that percentage marks a small drop from the 81% we previously reported earlier this month. Even so, it’s still nearly 10 points above its closest competitor, Pokemon Detective Pikachu, which sits at 68%. Rotten Tomatoes has a whole list of 42 different video game movies, ranked worst to best, with 2005’s Alone in the Dark at the bottom of the pile with exactly 1%.

#AngryBirdsMovie2 (76%🍅) is now the highest-rated video game movie of all time: https://t.co/0LDvYn0Cyj pic.twitter.com/dv7V7WWTNQ

“The flightless angry birds and the scheming green piggies take their beef to the next level in The Angry Birds Movie 2! When a new threat emerges that puts both Bird and Pig Island in danger, Red (Jason Sudeikis), Chuck (Josh Gad), Bomb (Danny McBride), and Mighty Eagle (Peter Dinklage) recruit Chuck’s sister Silver (Rachel Bloom) and team up with pigs Leonard (Bill Hader), his assistant Courtney (Awkwafina), and techpig Garry (Sterling K. Brown) to forge an unsteady truce and form an unlikely superteam to save their homes.”

What do you think? Are you interested in seeing The Angry Birds Movie 2, or have you already written it off based on the name alone? Does the high Rotten Tomatoes score make any difference? Let us know in the comments, or hit me up directly on Twitter at @rollinbishop to talk all things gaming!

The Angry Birds Movie 2 is directed by Thurop Van Orman, creator of The Marvelous Misadventures of Flapjack, and written by Jonathan E. Steward, Eyal Podell, and Peter Ackerman. The film stars the voices of Jason Sudeikis, Josh Gad, Leslie Jone, Bill Hader, Rachel Bloom, Awkwafina, Sterling K. Brown, Tiffany Haddish, Peter Dinklage, and more. It is now playing in theaters. You can check out all of our previous coverage of the video game adaptation sequel right here.