Bradley Walsh, 59, welcomed four contestants onto today’s edition of The Chase, all hoping to get their hands on the jackpot prize.

In order to win the cash sum, the contestants would first have to face the Dark Destroyer star, Shaun Wallace, 59, as their competitor on the ITV quiz show.

First up to face the Chaser this afternoon was teacher Gaynor, who seemed in high spirits as she prepared to take on Shaun.

However, following her round against the quiz master, 40-year-old Gaynor made her way back to her seat on the contestants’ panel, completely throwing off Bradley’s routine.

Gaynor had managed to accumulate £6,000 in the cash builder round and although there were some close shaves against Shaun, it was the contestant who won.

Usually after the round, Bradley first speaks to the Chaser before talking to the contestant about how they’re feeling.

There was none of the small talk today however, as Gaynor rushed back to join her teammates with Bradley speechless as he’d never been put in the unprecedented situation.

As the studio audience laughed off the moment, Bradley looked bewildered with Gaynor being told by her fellow contestants to rejoin the shot.

Out of view, one of the contestants could be heard saying: “I think you should’ve stayed there a bit longer.”

Realising her error, Gaynor asked Bradley: “Do you want me to come back?”

READ MORE: The Chase: Bradley Walsh loses it with star after huge slip up ‘Just press a button!’ 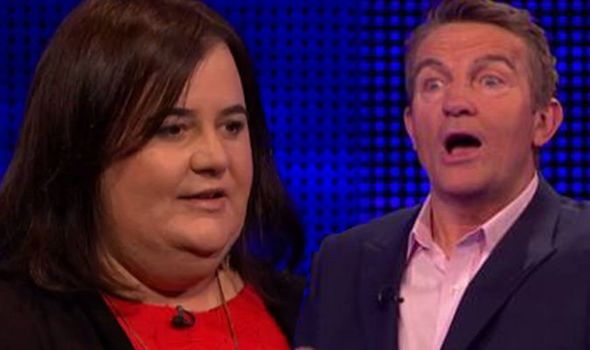 The Chase: ‘Something I said?’ Bradley Walsh stunned as player breaks rules in filming (Image: ITV) 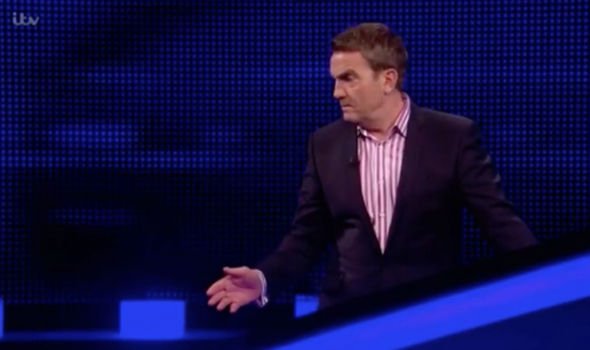 The Chase: Bradley Walsh was left on his own as contestant Gaynor disappeared (Image: ITV)

Was it something I said?

As Gaynor stayed in her seat, Bradley remarked: “That’s the quickest contestant I’ve ever seen.”

The host also commented it was the first time in 1000 episodes he’d ever been left on his own so shortly after the contestant had completed their round against the Chaser.

Bradley quipped: “Was it something I said?” with Gaynor nervously laughing as she’d been pulled up on the mistake.

Despite Gaynor’s disappearing act, she kicked off the rolling jackpot, with her teammates Tony and Richard also adding to the prize fund.

By the time the Final Chase came around, the team had a total of £13,000 in the jackpot for the Chaser to try and relinquish.

Between them, the two managed to score 17 points which Shaun would have to try and match to win the game.

Unfortunately, their efforts proved fruitless as Shaun swept through the challenge in no time at all, with 35 seconds to spare at the end of the round.

Taking to Twitter, viewers assumed the Chaser would snatch the win, with one writing: “#TheChase frankly I don’t @TheShaunWallace will lose tonight. I think the team has been very unlucky with the questions tonight.”

Another posted: “Well done, Shaun #TheChase,” in light of the result.

Whilst a third added: “Had a bad run today on The Chase, some pretty tough questions, still like it when the Chelsea fan chaser wins #thechase #chelseafamily.”

The Chase airs weekdays at 5pm on ITV.