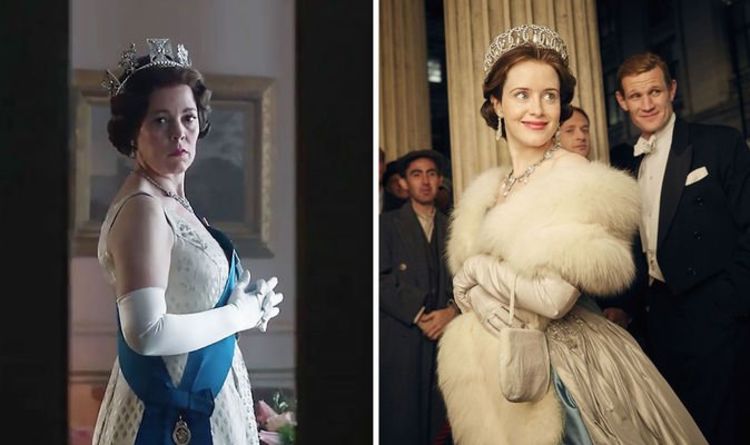 How did Olivia Colman feel about taking over from Claire Foy on The Crown?

In a recent interview with Entertainment Weekly, Colman talked about the terror she felt when she got onto the set of The Crown season three.

She said: “It’s horrendous. Everyone loves Claire Foy, so I have got the worst job in the world at the moment.”

When the reporter said that Foy played the role with “award-winning brilliance”, Colman joked: “You’re saying all the worst things, thanks!”

However, the actress then revealed how she was able to cope with the nerves.

She said: “It’s the same as any classical play you do — everyone will have already played that part before,” she says.

“The first week, I did feel myself trying to do Claire impressions. ‘What would she have done?’”

When the reporter pointed out that The Crown season three picks up where season two left off, meaning that her ‘Claire impressions’ would help ease the transition between the two actors, Colman said: “Yes, actually.

“Maybe it was a stroke of genius that I was doing that, that’s what it was! Yes, that was preplanned!”

When Colman was announced as the middle-aged Queen Elizabeth II, Foy gave her best wishes to the new actress.

She told The Mirror: “She’ll be fantastic, she’s an extraordinary actress. She’ll completely reinvent it and make it her own.”

In an interview with Metro, Foy revealed the pair had discussed the role.

Foy said: “The conversation that’s happened was me going, ‘you have to do it, please do it, I think you’re amazing, please do it!’ And then her saying, ‘I’m probably going to do it’ and ‘hooray!’”

She later added: “I have absolutely no ownership over [the role] at all.

“All the people who are in charge of it and making it know exactly what they’re doing and the choices they’re making.”

She said: “There’s no shortcut in playing the Queen. It’s for her to discover, and she’ll probably find out lots of things that I never found out.

“That’s the secret in portraying the Queen—no one owns it. It’s everyone’s interpretation, and that’s also the beauty of it.”