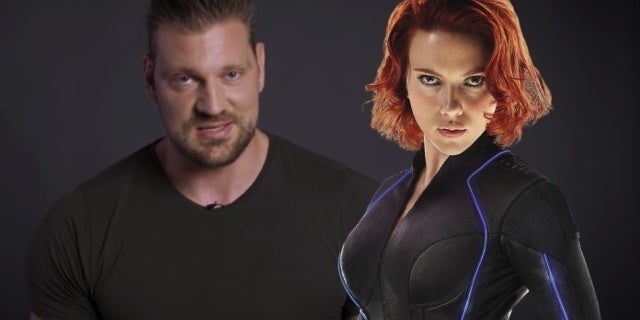 Marvel Studios’ Black Widow is currently in production, and it looks like it just courted another cast member. Last week, actor and bodybuilder Olivier “The Dutch Giant” Richters took to Instagram to reveal that he will be playing a role in the upcoming Marvel Cinematic Universe film.

Richters has earned the title of the “World’s Tallest Bodybuilder”, with a height of 7.2 feet. His filmography also includes Gangs of London and the upcoming Kingsman prequel The King’s Man. There’s no official indication exactly what Richters’ role in Black Widow will be. IMDB currently credits him as “Muscular Gulag Inmate”, although that information could always change.

Black Widow will see Scarlett Johansson reprising her role as Natasha Romanoff, with a cast that also includes Florence Pugh as Yelena Belova, Rachel Weisz as Melina, O-T Fagbenle as Mason, and David Harbour as Red Guardian. The film will be directed by Cate Shortland.

“I was excited to see how bold it was and to see how raw it was and to see how sad it was. It was a script that I didn’t expect to be associated with this, and that’s part of why I got so excited,” Pugh explained in an interview last month. “And with Cate Shortland attached and telling the next part of Natasha’s history was only thrilling to be a part of.”

“Well, A, I think Cate Shortland’s vision… Everything that I’ve seen her direct is just so sensitive and raw and honest, and that is exactly what I think she’s doing with this script,” the Midsommar star continued. “It’s about these two, well, these many women and these many men as well. But Natasha’s story… people have been wanting to hear about it for a really long time, and it’s been really amazing to show these women in a natural light and in an honest way.”

Are you excited to see the Black Widow solo movie? Share your thoughts with us in the comments below!