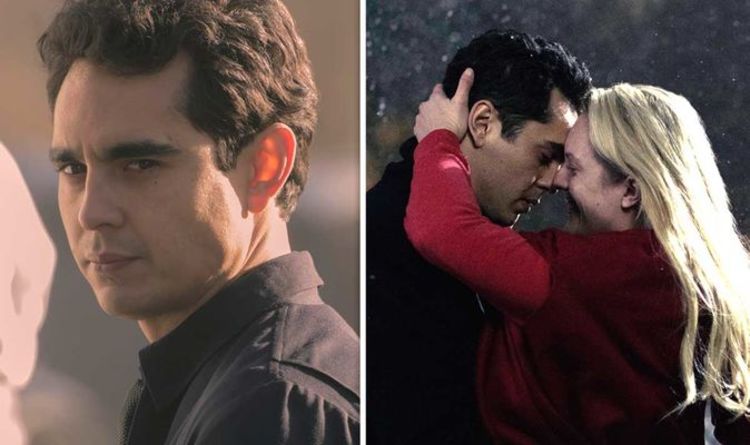 The Handmaid’s Tale season three drew to a close on Hulu last week with a dramatic season finale. One character that didn’t make an appearance was Nick Blaine (played by Max Minghella) after he was sent away to Chicago to fight on the front lines. But fans are desperate to know whether Nick will reunite with June Osborne (Elisabeth Moss) in season four.

Will Nick have major role in The Handmaid’s Tale season 4?

WARNING: This article contains spoilers for The Handmaid’s Tale season 3

The Handmaid’s Tale season four has been confirmed by Hulu after the dramatic finale of series three.

In the final episode, June finally carried out her plan to help 52 children born in Gilead escape.

However, Nick did not play a major role in series three after he was sent away to fight in Chicago.

He was also promoted to a Commander after his wife Eden (Sydney Sweeney) was sentenced to death at the end of season two.

The biggest moment the character had in season three was in episode six where it was revealed that Nick was involved in the creation of Gilead as a soldier.

The reveal was a shock to June who had previously had a romantic relationship with him and given birth to his daughter Nichole.

Now, Elisabeth Moss has revealed that Nick could be back to play a bigger role in season four.

In an interview with Entertainment Tonight, the actor revealed that in season four she hopes June will be reunited with her daughter Hannah (Jordana Blake).

READ MORE: The Handmaid’s Tale season 3: What happened to Hannah?

When asked what she wants to see happen, she said: “Hannah. I think it’s time.”

However, she added when asked if June was also sticking in Gilead for Nick: “She’s sticking around for Hannah.

“I actually think that it was an interesting move to not make it about a love story, it was actually interesting that we kind of put that to the side.

“At the same time I love the Nick [and] June relationship as much as anyone if not more so I miss Nick too I think he should come back.”

Showrunner Bruce Miller also hinted that Nick will be making a reappearance in series four of the dystopian drama.

He told the ET: “Oh absolutely I don’t think I saw enough of him this year either.

“Max is terrific, he’s such a wonderful actor and we love having him on the show.

“It’s just you follow June and the ebb and flow of that sometimes lead you away from all the stories you want to tell. Both Nick and Max are a favourite of ours as well.”

READ MORE: The Handmaid’s Tale season 3: What was the meaning of the mouth rings?

The showrunner also acknowledged that Nick was a part of Serena Joy’s (Yvonne Strahovski) arrest in Canada.

Fans will remember that Serena was arrested in the season finale for rape after it was revealed she forced Nick and June to conceive a baby.

Whether this storyline could bring Nick back into the series will be revealed when the show comes back again in 2020.

The Handmaid’s Tale season 3 is now streaming on Hulu.