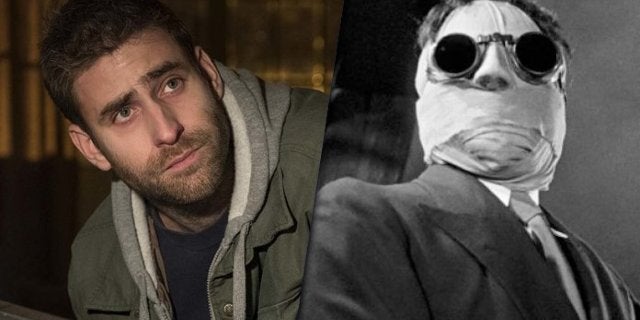 A new incarnation of the horror classic The Invisible Man is on the way, with the full synopsis for the upcoming project revealing the ways in which writer/director Leigh Whannell is reinterpreting the source material. The original 1897 novel by H.G. Wells and 1933 film adaptation starring Claude Rains focused on a man who discovered the means to turn himself invisible, but failed to figure out how to become visible once again. This drove him not only to a life of crime, but ultimately drove him insane, only becoming visible once again after a fatal encounter with authorities. This new iteration, according to the synopsis uncovered by Bloody Disgusting, leans into a more socially relevant theme.

The synopsis reads, “What you can’t see can hurt you. Emmy winner Elisabeth Moss (Us, Hulu’s The Handmaid’s Tale) stars in a terrifying modern tale of obsession inspired by Universal’s classic monster character.”

It continues, “Trapped in a violent, controlling relationship with a wealthy and brilliant scientist, Cecilia Kass (Moss) escapes in the dead of night and disappears into hiding, aided by her sister (Harriet Dyer), their childhood friend (Aldis Hodge) and his teenage daughter (Storm Reid). But when Cecilia’s abusive ex (Oliver Jackson-Cohen) commits suicide and leaves her a generous portion of his vast fortune, Cecilia suspects his death was a hoax. As a series of eerie coincidences turns lethal, threatening the lives of those she loves, Cecilia’s sanity begins to unravel as she desperately tries to prove that she is being hunted by someone nobody can see.“

This synopsis falls in line with comments producer Jason Blum made earlier this year about the project, as he noted it wouldn’t merely be a retelling of the source material, but a signature Blumhouse Productions interpretation of that tale.

“It was like the Blumhouse version of The Invisible Man, it’s a lower-budget movie. It’s not dependent on special effects, CGI, stunts,” Blum shared with Collider. “It’s super character-driven, it’s really compelling, it’s thrilling, it’s edgy, it feels new. Those were all things that felt like they fit with what our company does. And it happened to be an Invisible Man story, so it checked both boxes. And we responded to it because I think Leigh is just an A+ director.”

In 2017, Universal Pictures announced the start of their “Dark Universe,” a series of films that rebooted their iconic Universal Monsters, with Johnny Depp originally attached to star as the Invisible Man. Following the critical and financial disappointment of the first film in the series, The Mummy, all plans for the Dark Universe are seemingly scrapped, or at least delayed indefinitely.

Do these details have you excited for the new film? Let us know in the comments below or hit up @TheWolfman on Twitter to talk all things horror and Star Wars!

The crew is breaking it down in Episode 60 – covering all things casting. We’re diving into the the Mortal Kombat movie reboot, Venom 2, and Suicide Squad. We’ve also got comics of the week and more – all in today’s episode of #ComicBookNation! Make sure to subscribe now to never miss an episode!