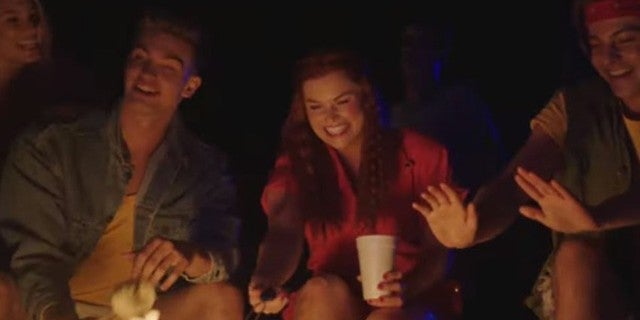 It may not be camp without a campfire and scary campfire stories, but when it’s American Horror Story: 1984‘s Camp Redwood, those scary stories may end up being real. Just slightly under a month out from the series’ Season 9 premiere, FX has released a new teaser that brings the killer right to the campfire.

In the teaser, which you can check out in the video above, everyone’s gathered around the campfire when one camper goes to get more wood. What starts out as his buddy trying to scare him turns into terror that is all too real when the killer shows up ready to make them the next cautionary tale.

As has been the case with previous teasers, this one doesn’t feature any of the show’s cast for the upcoming season, but it does capitalize on jump scares and other elements from classic ’80s slasher films. It’s very much in line with the new poster for 1984 that was released on Monday as well. The poster continues the campfire-gone-wrong theme, this time with a toasted marshmallow becoming an implement of doom when held right in front of a terrified woman’s eye — pointy toasting stick and all.

“I will tell you nothing, except that I think it’s awesome,” executive producer Tim Minear said back in May. “I think it’s gonna be really scary but a lot of fun, like it always is. And that if you have a taste for ’80s horror, you’re in for a treat.”

While some have speculated that the season will have a wide-ranging effect on the overall franchise, FX execs have hinted that the new episodes will signify a new chapter for the show.

“Remember, [Ryan Murphy] did something really interesting, which is he decided to weave multiple different cycles through the eight seasons, and so it was the biggest cast ever,” FX Productions CEO John Landgraf explained earlier this month. “You had actors that were playing 2-3 different characters. You had to bring back all the cast from prior seasons. It was a monster in terms of the size of the cast, cost of that cast. You can’t do that all the time… Part of what he needed to do, which is what he did, was clean the slate, start over.”