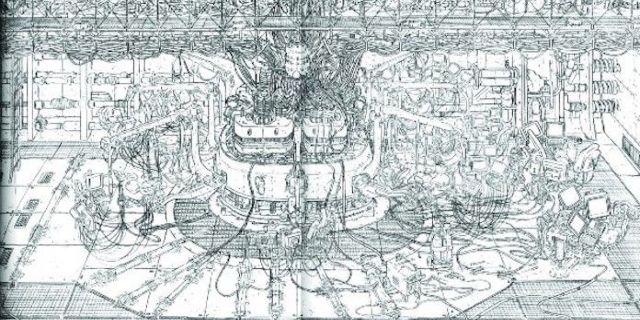 Geof Darrow and Steve Skroce, the comic book artists whose work helped shape the world of The Matrix, will return to work on Matrix 4, Darrow confirmed via twitter today. While the announcement of the film itself just came today, Darrow said that he has been working on it for about two months, meaning that the movie was likely greenlit around the same time franchise star Keanu Reeves was working on Bill & Ted Face the Music. Darrow said that he has been sharing an office with Skroce — a combination that stunned fans when they got a look at concept art from the original films almost 20 years ago.

This time around, the film will be written and directed by Lana Wachowski, one of the two filmmakers who made the original trilogy. There was no immediate explanation as to why her sister Lilly is not involved. Since 2017, when news broke that Warner Bros. was bullish on new stories told in the Matrix universe, there have been questions about how it would be done. For a while, there were rumors about a potential Matrix reboot with Michael B. Jordan, but with interest from Wachowski, it now appears the film will go back to the original cast.

“We could not be more excited to be re-entering the Matrix with Lana,” Warner Bros. chief Toby Emmerich said. “Lana is a true visionary — a singular and original creative filmmaker — and we are thrilled that she is writing, directing and producing this new chapter in The Matrix universe.”

Well it is official so I can say what I been up to for the past 8 weeks.I am returning to do conceptual designs on Matrix 4 with most of the original cast returning. Nice to be sharing an office with the masterful Steve Skroce again and trying to do a good JOB!!!!!!!

“Many of the ideas Lilly and I explored 20 years ago about our reality are even more relevant now. I’m very happy to have these characters back in my life and grateful for another chance to work with my brilliant friends,” Wachowski told Variety.

In the comics world, Darrow is best known for his work on Hard Boiled, The Big Guy and Rusty the Boy Robot, and Shaolin Cowboy. Skroce, who has remained a regualr collaborator of the Wachowskis for years, has drawn characters like Spider-Man, Wolverine, and Rob Liefeld’s Youngblood during his comics career.

Wachowski will co-write the film with Aleksandar Hemon and David Mitchell.