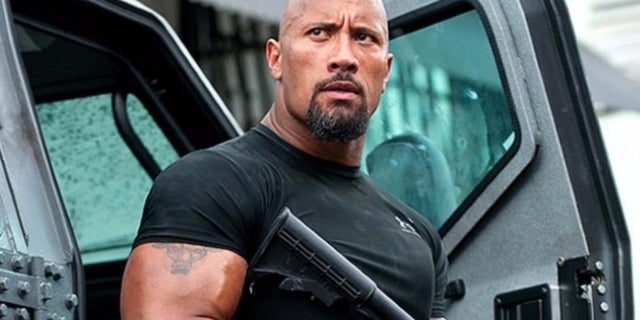 Sometimes being the hardest-working person in your profession actually pays off. Dwayne “The Rock” Johnson is often touted as one of the most tireless actors and producers currently working in Hollywood and his paychecks are most definitely reflecting that. Forbes just revealed the list of highest-paid actors from the last year, and it should come as no surprise to learn that Johnson’s name is at the top of the list.

According to Forbes, Johnson hauled in $89.4 million between June 1, 2018 and June 1, 2019. That’s enough to put him above the biggest stars of the Marvel Cinematic Universe: Robert Downey Jr., Chris Hemsworth, and Chris Evans. The Rock is raking in money thanks to his work as a producer, his clothing line with Under Armour, and some savvy back-loaded contracts.

Much like Downey, Johnson signs contracts that include both a substantial salary up front, as well as a percentage of the film’s earnings on the back end. For example, he received 15% of the total gross of Jumanji: Welcome to the Jungle, which topped out at just below $1 billion. For that film’s sequel, Jumanji: The Next Level, Johnson signed his biggest contract to-date, earning $23.5 million up front. Of course, that total will likely rise when he takes a cut of the profits later on.

In addition to his big screen work, Johnson takes home a pretty massive salary for his HBO series, Ballers, for which he earns $700,000 per episode. Johnson also earns in the seven figure range in royalties from Under Armour. With all of the projects he has on the way, it’s likely Johnson’s earnings will only increase as time goes on.

MCU star Chris Hemsworth came in second on the highest-paid actors list, earning $76.4 million over the last year. Robert Downey Jr. came in third with $66 million, thanks in large part to Avengers: Endgame. Downey reportedly got an 8% cut of the profits for Endgame, which went on to become the highest grossing movie of all time. Thanks to the success of the film, Downey got about $55 million on the back end.

Following the success of Hobbs & Shaw, The Rock’s next film, Jumanji: The Next Level, arrives in theaters on December 13th.