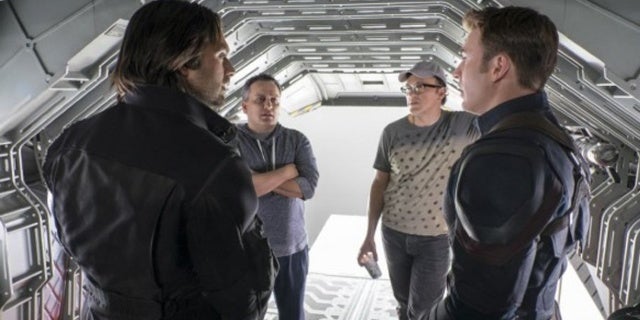 Joe and Anthony Russo are busy launching their very own studio (AGBO) and making smaller, character-driven films — at the very least, a lot smaller than the work they did on Avengers: Endgame. For the primary time in years, the duo would not have an upcoming venture with Marvel Studios, however the two are by no means saying by no means when it comes to returning to the House of Ideas.

In a latest interview with SYFYWIRE, the Brothers — or Joe, at the very least — revealed what it’d take to persuade the filmmakers to come again to the Kevin Feige-led manufacturing home. “I grew on up [John] Byrne’s X-Men run,” Joe informed the location. “Ben Grimm was a favorite character growing up, The Thing. And Fantastic Four is now in the Marvel fold. There’s a lot.”

Spinning off the Fantastic Four household, the filmmaker additionally revealed he’d love taking up one of the well-known characters to ever be dreamt up. “Silver Surfer is an amazing character. Going really big in cosmic would be a lot of fun. So there’s a lot of things that could attract us,” the director continued.

In earlier interviews, the brothers teased the actual fact they’d like tackling a Secret Wars venture.

“I keep saying Secret Wars because that was one of the first books that I really fell in love with as a kid,” Joe mentioned earlier this yr. “This notion of, you know, event storytelling, and I think that’s part of the reason that we gravitate so strongly towards these event films and these ensemble films is the notion that you can contain so many different characters and so many different points of view and galvanize them around a story point is really compelling to us.”

What tasks would you want to see the Russos do someday sooner or later? Share your ideas within the feedback beneath or by tweeting me at @AdamBarnhardt to chat all issues MCU!