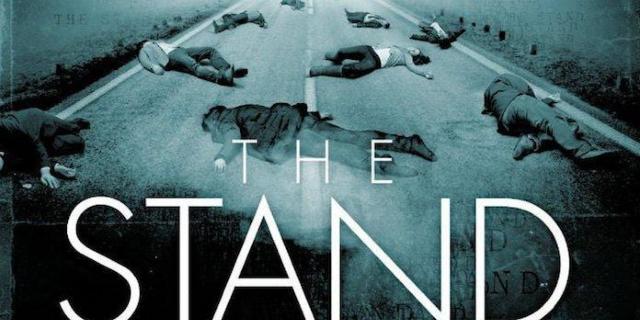 The Stand is one other in a protracted line of Stephen King diversifications that may quickly be hitting the small display screen. The upcoming sequence from CBS All Access has an thrilling solid, together with Alexander Skarsgård (True Blood), Whoopi Goldberg (Ghost), James Marsden (Westworld), Amber Heard (Aquaman), Odessa Young (Assassination Nation), Henry Zaga (13 Reasons Why), Jovan Adepo (Overlord), Owen Teague (IT), Brad William Henke (Orange Is the New Black), and Daniel Sunjata (The Dark Knight Rises). Josh Boone, the director of The Fault in Our Stars and The New Mutants, can be helming the sequence, and not too long ago teased a photograph of the primary script to his Instagram.

Many folks commented on the publish:

“Good luck to you and every cast & crew,” @howaboutsteve replied.

The Stand was beforehand described as follows:

“The Stand is Stephen King’s apocalyptic imaginative and prescient of a world decimated by plague and embroiled in an elemental battle between good and evil. The destiny of mankind rests on the frail shoulders of the 108-year-old different Mother Abagail and a handful of survivors. Their worst nightmares are embodied in a person with a deadly smile and unspeakable powers: Randall Flagg, the Dark Man.”

The Stand can be one of many new King diversifications, the newest of which is IT CHAPTER TWO. It was not too long ago revealed that King took extra of an lively curiosity in IT CHAPTER TWO than he usually does with the diversifications of his books. In reality, he even went so far as to request the inclusion of particular scenes. While King was definitely ready to make calls for for the movie, director Andy Muschietti famous that the writer was fairly mild-mannered together with his requests.

“He gave us a little list of things that he would like to see in the movie,” Muschietti shared with io9. “But he is very gentle. He said like, ‘Please take this. It is what it is. There are no strings attached.’ It was more an affectionate thing with what he remembers of his own work.”

Are you excited for The Stand? Tell us within the feedback!