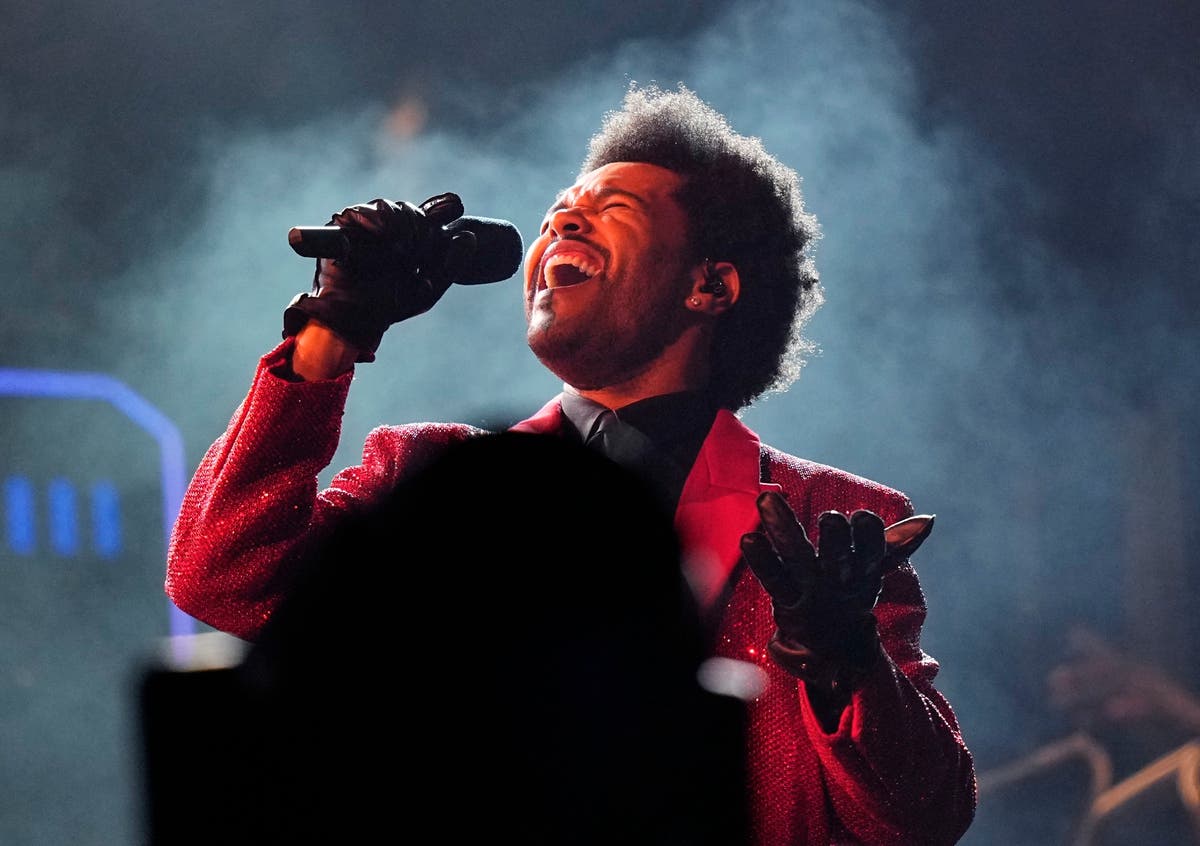 he Weeknd is to perform at the 2021 Brit Awards – joining Coldplay and Dua Lipa on the line up.

The star’s latest album After Hours went No. 1 in more than 26 countries last year with single Blinding Lights spending eight weeks on top of the Official Singles Chart, making it the biggest single of 2020.

The award-winning band, fronted by Chris Martin, will play new single Higher Power from a pontoon close to London’s O2 Arena, where the ceremony is taking place.

They join Arlo Parks, Dua Lipa, Griff, Headie One, Olivia Rodrigo and Rag’n’Bone Man and P!nk with the Lewisham and Greenwich NHS Trust Choir on the billing for the event.

It will be Coldplay’s first TV performance in more than a year. They last played at the Brits in 2017 with dance music duo Chainsmokers, and before that in 2016.

Coldplay also currently hold the title of being the most nominated group at the Brits, with 28 nominations in total and nine award wins.

Organisers are gifting 2,500 tickets for the awards ceremony to key workers from the Greater London area.

Comedian Whitehall said he is “very excited” about hosting this year’s ceremony, adding: “It’ll be a significant moment – back in a room with music and songs.

“We’re putting on a show with key workers in the audience, people who most deserve a night to let their hair down.

“It will be very special – we will have heroes in the room.”

Whitehall said he is “back on the Hollywood diet” in the run-up to next month’s ceremony.

“I’m going full Bloom – Orlando Bloom – in preparation of being back on stage,” he said.

“It’ll have to be brain oil and new oats, whatever it is you need to get that Hollywood physique.

“There will be training sessions and Peloton rides to be camera ready.”

The Brit Awards will take place on May 11 at the O2 Arena in London.