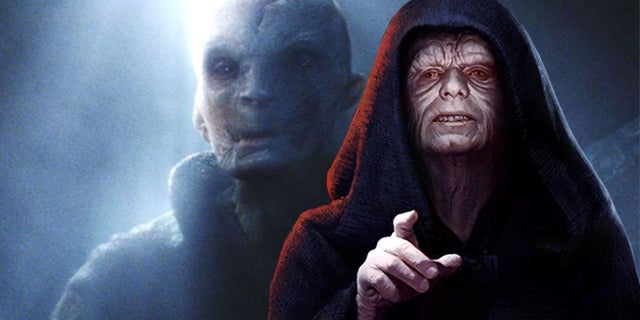 The last Star Wars movie in the ongoing saga proved to be divisive, forgoing many of the mysteries established in Star Wars: The Force Awakens in order to push the narrative in surprising directions. But there’s still the question of what happened to Supreme Leader Snoke in Star Wars: The Last Jedi and what his role meant to the sequel trilogy.

We might get some answers in Star Wars: The Rise of Skywalker, and one fan has an idea of how it will all go down. The fan took to Reddit to reveal their theory, explaining that Snoke might be more tied to Emperor Palpatine than we originally thought.

We know that Palpatine will likely play a major role in Star Wars: The Rise of Skywalker, as evidenced by that iconic cackle in the teaser trailer for the film. We’re still a couple months away from learning more about the film, as the full trailer doesn’t usually release until October.

But what about Snoke? So far, there’s no word about the character, though actor Andy Serkis made it clear that he wishes to see more in the future.

“I emailed [director] J.J. [Abrams] and said, ‘Let me know how things are going and how exciting it all is.’ Of course, I’m very keen to see how the family’s getting on,” Serkis said in an interview with Hey U Guys. “Who knows, Snoke might come back, I’m not saying anything. I’m only making that up. I’m totally just rumor-spreading for the sake of it, but anything can happen.”

Serkis also explained that he was taken aback by the decision to kill Snoke off, though he admired the bold storytelling choice in Star Wars: The Last Jedi.

“It was a bit of a shock,” Serkis said in an interview with Games Radar, “but I could see exactly why they were going that route, and I think it was a huge surprise in the middle of the film. But I really loved the scene where Rey plays with Snoke. That scene was a fantastic. I just wish he’d survived, but who knows?”

We’ll see if Snoke has role yet to play — and if the Emperor is related — when Star Wars: The Rise of Skywalker premieres in theaters on December 20th.