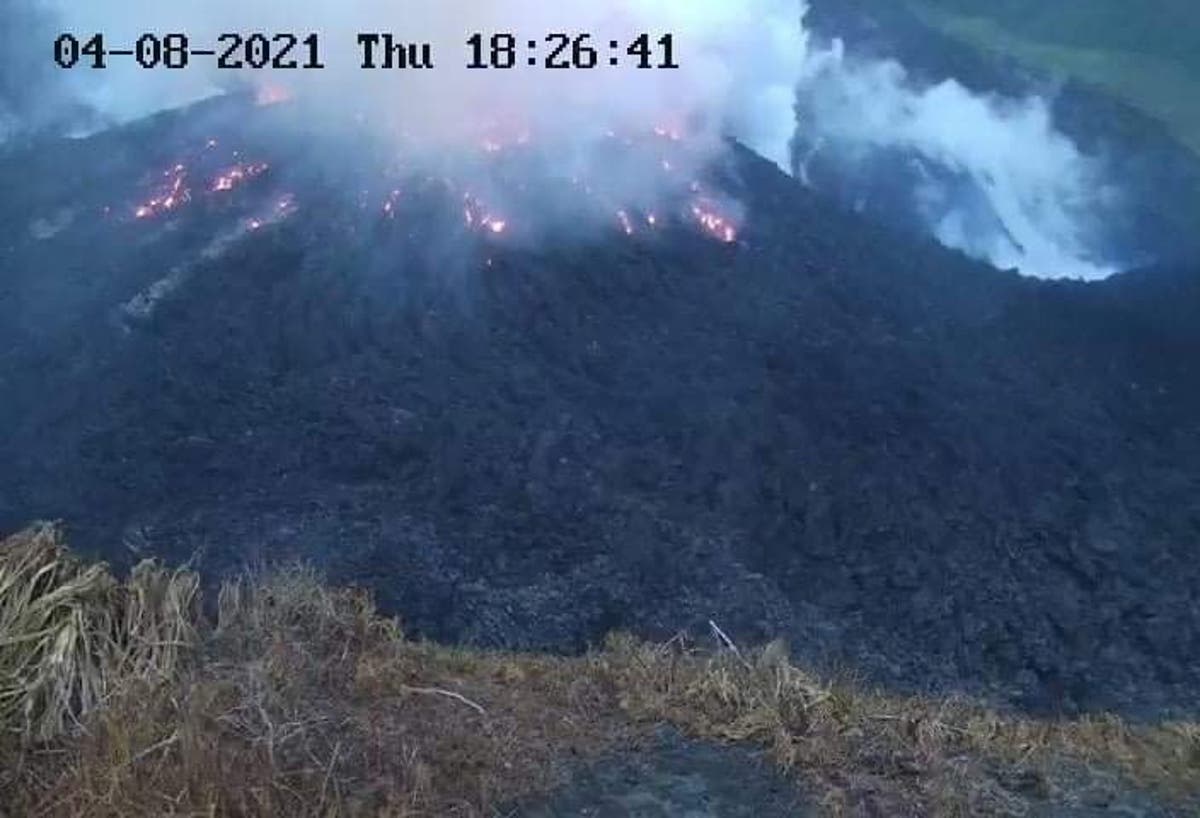 housands of people on the eastern Caribbean island of St Vincent are being evacuated over the threat of an imminent volcanic eruption.

Government officials tweeted that the dome of the La Soufriere volcano located on the island’s northern region could be seen glowing by nightfall following days of seismic activity.

The island’s emergency management office switched the alert level to red as officials began to evacuate people who live near the volcano to cruise ships, which have been instructed to send them to nearby islands or take them to shelters elsewhere in St Vincent that are outside the danger zone.

Roughly 16,000 people live in the red zone and will need to be evacuated, Erouscilla Joseph, director of the University of the West Indies’ Seismic Research Centre, told The Associated Press.

Evacuation efforts could be hampered by the pandemic.

Prime Minister Ralph Gonsalves said in a press conference that people have to be vaccinated if they go aboard a cruise ship or are granted temporary refuge in other nearby islands.

He said two Royal Caribbean cruise ships are expected to arrive by Friday and a third one in the coming days, as well as two Carnival cruise ships by Friday.

Islands that have said they would accept evacuees include St. Lucia, Grenada, Barbados and Antigua.

Mr Gonsalves said he was talking to other Caribbean governments to accept people’s ID cards if they do not have a passport.

“This is an emergency situation, and everybody understands that,” he said.

The PM added that he highly recommends those who opt to go to a shelter in St Vincent and the Grenadines, an island chain of more than 100,000 people, be vaccinated.

By late Thursday evening, shelters were filling up as a string of car lights making their way to safer ground twinkled through the darkened mountains.

John Renton, a school principal who was in charge of one shelter, said in a phone interview that they had plenty of masks and other personal protective equipment but needed more cots.

While talking, he was interrupted by a phone call from a government official asking about the state of things. “We’re over capacity,” he responded, noting that the shelter could hold 75 people and was already filled up.

Scientists alerted the government about a possible eruption after noting a type of seismic activity at 3am on Thursday that indicated “magma was on the move close to the surface,” Ms Joseph said.

“Things are escalating pretty quickly,” she said of the volcanic activity, adding that it was impossible to provide an exact forecast of what might happen in the next hours or days.

The eastern Caribbean is home to other active volcanoes. Seventeen of the region’s 19 live volcanoes are located on 11 islands, with the remaining two underwater near the island of Grenada, including one called Kick ‘Em Jenny that has been active in recent years.

The region’s most active volcano in recent years has been Soufriere Hills in Montserrat, which has erupted continuously since 1995, destroying the capital of Plymouth and killing at least 19 people in 1997.