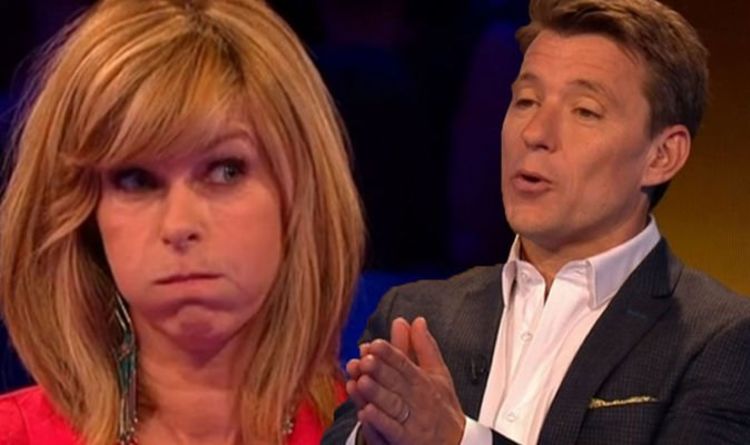 All three were hoping to walk away with the £20,000 jackpot prize for their chosen charities at the end of the ITV quiz show.

As the game got underway, Rory was the first all star to be knocked out as Kate and Gok stormed ahead with collecting a vast amount of coins.

It was then revealed Kate would face the final round as her efforts in the game meant she’d accumulated more money than Gok.

With Ben joined by Kate for the final round, viewers quickly took to Twitter because in their opinion, Kate hadn’t got there on her own merit.

Beginning the journey to the jackpot, Ben quipped: “The luckiest of all stars today, can you believe it because we can’t, is Kate Garraway.”

One wrote on the social media platform regarding Kat’s chance at swooping the jackpot: “Well this wasn’t fixed at all was it #tippingpoint.”

Another added: “I told you…fixed it is!!! #tippingpoint,” whilst a third posted: “Funny his pal wins #tippingpoint.”

This is only a select group of viewers opinions however, with others watching at home applauding Kate’s performance.

A fourth shared: “@kategarraway you are such a lovely person – well humoured and totally fun #tippingpoint.”

At the beginning of the show, Kate and Ben fooled around as the host was seen holding a placard telling his Good morning Britain co-host what to say.

Introducing herself, Kate said: “I’m a journalist, a radio and TV presenter and I’m currently one of the hosts of Good Morning Britain along with Ben Shephard.

“He is definitely not the sort of person who would make someone say nice things about him in order to het preferential treatment on this show.”