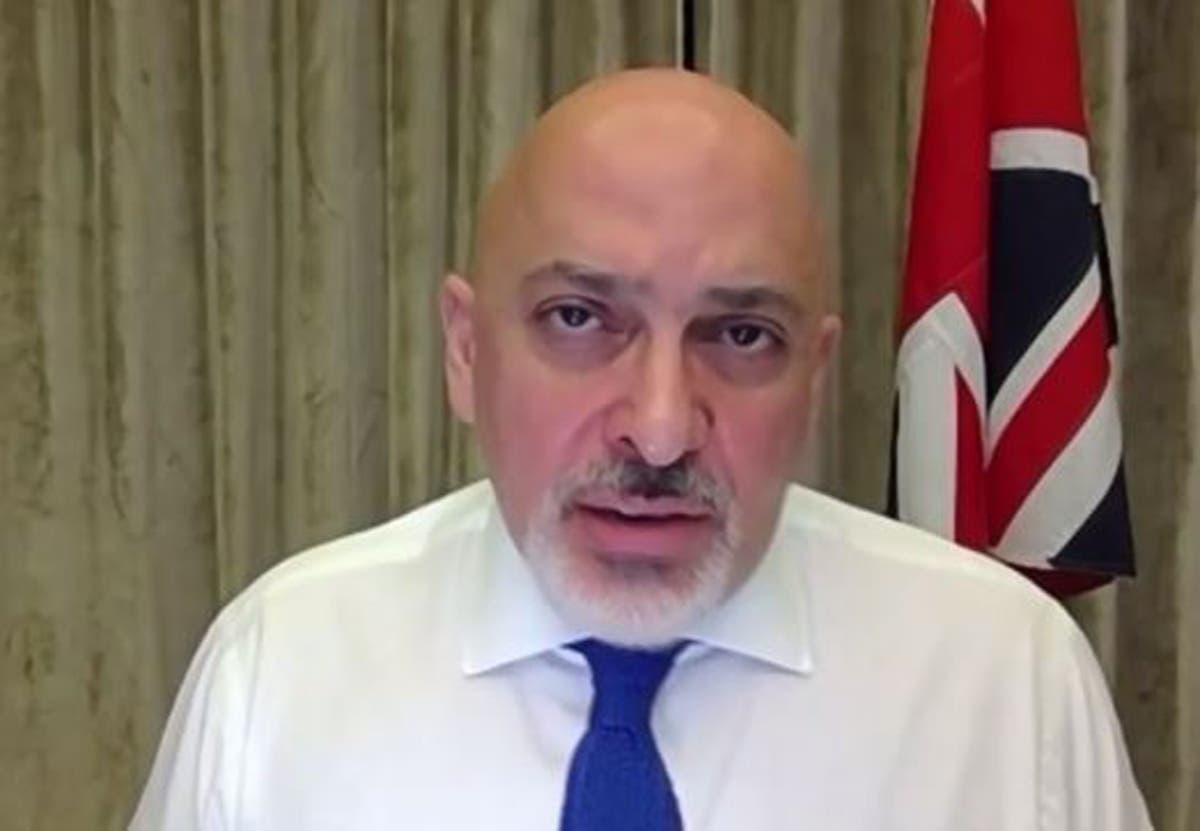 accines minister Nadhim Zahawi has said delivering information through “trusted voices” has been vital in tackling vaccine hesitancy among black communities in Britain.

The death rate from Covid-19 is up to four times higher among black communities in Britain than in white, according to the Office for National Statistics.

Around 22% of people of black African and black Caribbean descent in the UK are reluctant to get a jab, compared to just 5% among white British.

But at an online event hosted by the Royal African Society, Mr Zahawi noted that just a few months ago, 44% of people in black communities said they would refuse the vaccine.

Mr Zahawi said a lot of the hesitancy was rooted in distrust of institutions and “experiences or perceptions of inequality and inaccessible health and public services”.

He said research had shown while ethnic minority communities had high levels of distrust of large institutions like the NHS or the Government they had confidence in local GPs, pharmacies and nurses.

“The messaging needs to come through those trusted voices,” Mr Zahawi said, adding: “It’s one of the lessons that we have learned through this pandemic.”

He continued: “If there are nuggets that we want to take on and have that institutional memory going forward, it is those sort of lessons I think we need to take on.”

“There’s a big opportunity for us to look at our healthcare strategy in a way that is about prevention, about working with communities,” he said.

“Now that we have reached these communities, now we have a line of contact, then we should be absolutely focusing on how we can improve health outcomes so people think ‘You know what? I did the right think to trust the institutions’, whether it be the NHS or the Government”.

The minister added that the video of black MPs across the political spectrum encouraging people to get vaccines also appears to have been helpful at tackling hesitancy.

“My proudest moment of this whole deployment campaign is that we have almost put our political colour aside,” he said.

“I work equally with Andy Burnham in Manchester and Andy Street in Birmingham and Sadiq Khan in London.”

Mr Zahawi added: “You had Kwasi Kwarteng and Diane Abbott joining the video – they couldn’t be further politically but they couldn’t be closer in their determination to get the black and African community to see how important this vaccination programme is.”

When asked about concerns over safety, he said that just four people in every million had subsequent blood clots – a lesser clotting risk than many routinely prescribed medications.

On average 90% of people over 60 in the UK have had their first jab, but this falls to 58.9% among people of black African descent and 68.7% among those of black Caribbean origin.

But in January, uptake among black over-60s was just 38%, she said.

“We do know that the evidence tells us that these vaccines are 100% effective at preventing hospitalisation and death,” Dr Owolabi said.

“They are not 100% effective at preventing minor illness but where it matters the most – serious illness leading to hospitalisation and death – is prevented by these vaccines.”

Dr Owolabi said that some of the main issues flagged to her among those reluctant to take the vaccine were that a dose would contain foetal cells, alcohol or animal products.

In reality none of the three vaccines approved for use in the UK contain animal products or foetal cells, and only the AstraZeneca vaccine contains a small amount of alcohol, but less than that found in a slice of bread.

She also emphasised that while people are concerned about blood clots from the vaccine, the risk of clotting is far, far greater among Covid-19 patients – many of whom suffer stokes or organ damage as a result of clotting.

Dr Owolabi said the progress in tackling vaccine hesitancy was down to “respecting (people’s) right to ask their questions, honouring the fact their questions are perfectly legitimate and respectfully addressing people’s concerns”.