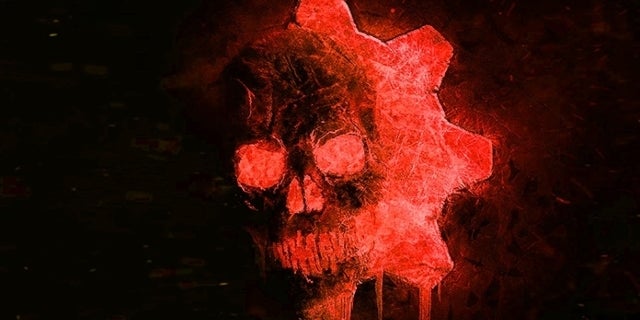 There isn’t that much longer of a wait before fans are able to get their hands on the highly anticipated Gears 5. The Coalition is in the home stretch of making sure everything is ready for launch, and with only a few weeks remaining, the excitement is surely growing. That said, the devs recently brought a new story trailer with them to Gamescom, which focuses on none other than Kait Diaz herself. In addition to this, it would appear that even Twitter is getting in on the celebration of the next installment in the popular Gears of War series as they have officially added a new emoji to the social media platform.

Xbox’s Nick Salazar recently took to Twitter to reveal that such a thing exists. Simply by using #Gears5 on the platform, the iconic Gears of War logo will then appear next to the hashtag for everyone to show off their support for the upcoming title. After all, there appears to be quite the struggle in Gears 5, especially when it comes to Kait discovering her connection to the enemy, so they are going to need all of the support they can get.

In other Gears 5 news, we’ve learned that it is going to feature the largest campaign in series history as well as the largest PvE and versus modes that we’ve seen in a Gears title. In a recent interview, and talking about The Coalition, multiplayer design director Ryan Cleven said, “They’re extremely passionate about bringing their mark, a high degree of quality, and a legacy that Gears fans will recognize. There is no magic bullet; it’s trusting the people around you. [Studio head Rod Fergusson] has this saying he repeats every time we start a new project: ‘If you want to go fast, go alone. If you want to go far, go together.’ That’s something we really believe in at the studio. We believe in trusting each other so we can get efficiency out of that.”

Gears 5 is set to launch on September 10th for PC and Xbox One. For even more information on the upcoming title, check out some of our previous coverage.

What do you think about all of this? Will you be flaunting that new Gears 5 emoji on Twitter? Let us know in the comment section below, or feel free to hit me up over on Twitter @anarkE7!