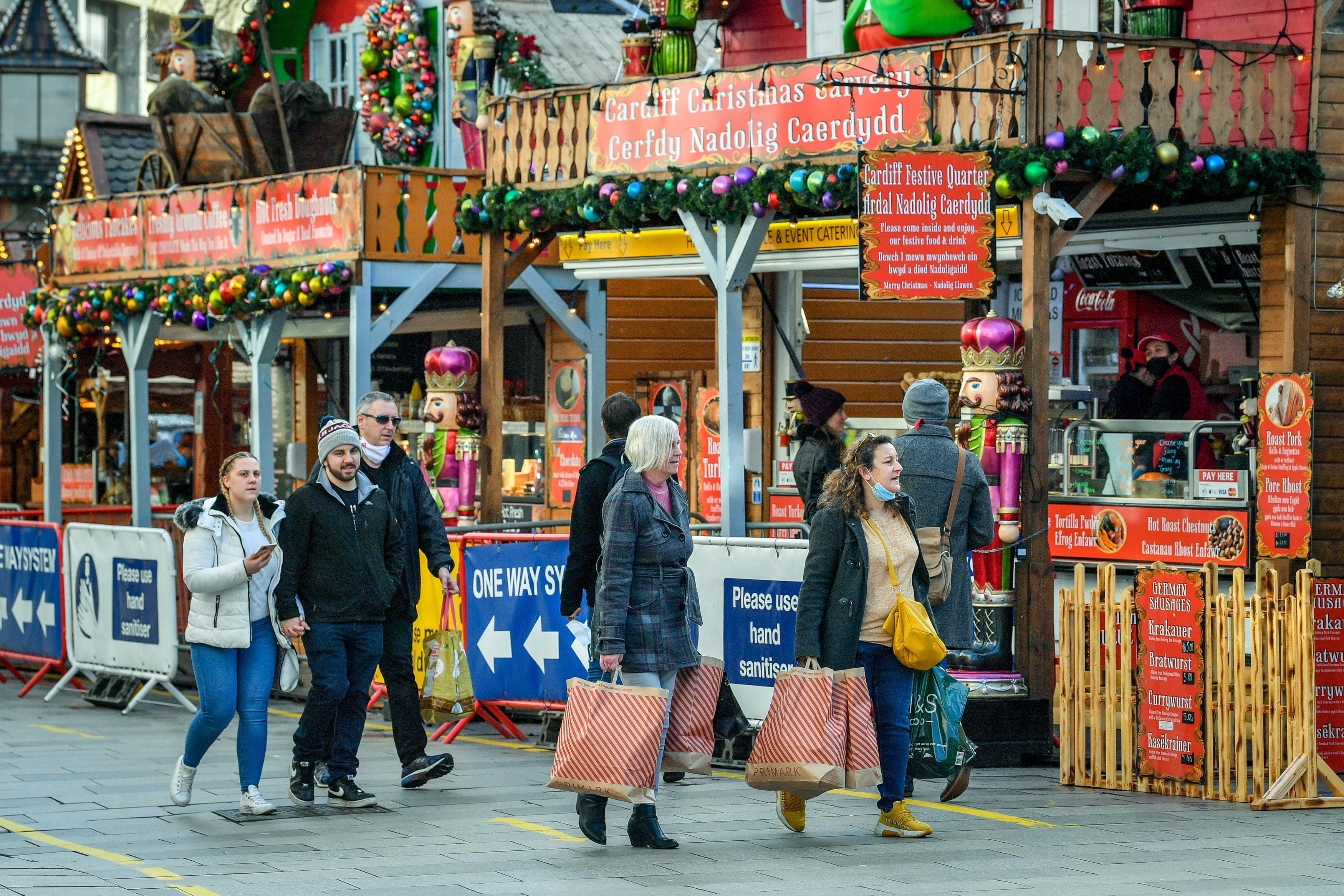 oronavirus restrictions are set to tighten ahead of Christmas, although the unpopular 10pm curfew may be scrapped.

Construction workers are still operating without adequate protections, a union has said, as a Government scientific adviser warned of high levels of coronavirus transmission in the industry.

Professor Calum Semple, a member of the Government’s Scientific Advisory Group for Emergencies (Sage), said he had been “surprised” by the rates of transmission in the construction sector.

“You would have thought working outside wouldn’t be a risk but many people in construction are actually working inside before buildings are made Covid-safe,” he told Sky’s Sophy Ridge on Sunday.

“The construction industry has turned out to be a risk that I was surprised to see.”

Workers’ union Unite said the high transmission rates were likely contributed to by the “failure” to establish safe site operating procedures.Jerry Swain, Unite national officer for construction, said: “From the beginning of the pandemic Unite has warned that construction workers were at considerable risk.

“This situation has been made far worse by the site-operating procedures published by the Construction Leadership Council, which the Government feeds into, which allowed to address the need for compulsory use of masks where workers can’t work in a socially-distanced way, which Unite has continued to demand.

“This failure is likely to have contributed to the high transmission rate and has seriously undermined the social distancing messages, which are vital to protect workers.”

Professor Sir David Spiegelhalter said there was no symmetry between the rise in rates when restrictions are lifted and the drop when they fall.

He told Times Radio: “This is not a symmetrical thing, you don’t have one day off and one day on.

“It increases a lot faster than it gets better again – it is not a symmetric process.

“So, if you get a burst of extra cases it takes more time to get things back to where they were before.”

Sir David also said that while under the old tier system Tier 3 was successful in some areas, Tier 1 did not seem to have helped reduce the reproduction number below one.

He added: “These measures do have some effect but the crucial measure is whether they bring the R number below one, Tier 3 clearly did, Tier 1 clearly did not.”

Almost 1000 tests taken in one day in Wales

Merthyr Tydfil County Borough Council said 977 tests were carried out during the first day of its mass coronavirus testing pilot on Saturday.

A council spokeswoman confirmed there were 968 negative tests and nine positive ones.

Professor Sir David Spiegelhalter said that it was “perfectly reasonable” to go back to a regional-based approach to restrictions including a tier system.

He told Times Radio on Sunday said that there will be a price to pay for any loosening of restrictions over Christmas.

He added: “The whole basis that we are in at the moment is keeping a lid on things until the vaccine arrives.

“I think we are going to be going back to more of a fine-tuning mechanism rather than this extremely blunt instrument which is a national lockdown.

“If there’s got to be an exception it will be for a brief period over Christmas, and that’s purely because it is Christmas.

Statistician Professor Sir David Spiegelhalter said that if the country gets through winter with the same deaths as a bad flu season then it will have done well.

He told Times Radio on Sunday that it was only due to restrictive measures that even this – with potentially tens of thousands of deaths – was possible.

Sir David, statistician and chair of the Winton Centre for risk and evidence communication at the University of Cambridge, added: “It’s going to be a bad year [2021], there are going to be tens of thousands of Covid deaths over the winter and there’s very little we can do about that.

“It might very well look like overall a bad flu season, particularly as there’s likely to be very little flu.

“There will be people who will say ‘why did we have all this fuss when it’s only like a bad flu season?’.

“Do not listen to them, this is real misinformation, it’s only going to be like that because of the measures that have been taken.

“If we can get away with that, something that looks like a bad flu year, then we will have done very well.”

Sadiq Khan tweeted: “I hope reports that the 10pm curfew will be scrapped are true. I was calling for this weeks ago – the curfew didn’t prevent people mixing and hurt businesses. Venues will need all the support they can get after lockdown.”

Chancellor Rishi Sunak has hinted that the Government will review the 10pm curfew for pubs and restaurants – which was in place before national restrictions were reintroduced.

He told the BBC’S Andrew Marr: “It’s definitely something that we’re looking at and I think, as I said, one of the things that we’ve been able to do as we’ve learned is get data, see what works and see where we can improve things.

“I think it’s probably fair to say when we introduced the curfew, that was something that was in common with many other countries and cities around the world.

“As we’ve learnt more, there’s opportunities for us to look and refine things, and that is one of the things on our list.”

UK sees biggest borrowing outside of wartime to pay for Covid

Paul Johnson, director at the Institute for Fiscal Studies, said the amount borrowed during the pandemic was “the most ever outside of the first and second world wars”, but said more may still be needed in the coming years.

He told the Andrew Marr Show that the UK’s position would eventually become “unsustainable” and that taxes would need to be raised, but that this would likely not happen in the short-term.

“We’re probably looking into the middle years of the 2020s but we need a clear route to doing that,” he said.

“We don’t know at what point this becomes unsustainable but as and when it does, and if it does, the consequences really can become dreadful.

“The big judgment, and it’s a terribly tough one, is when to start taking that action.”

“I don’t think it’s right to scare people with the idea that this is going to happen immediately and I think it’s absolutely right the Government is clear it will do what it needs to do in the short run to support jobs and the economy.

“Getting the message right is really important.”

Professor Calum Semple said that despite industries such as pubs and hairdressers taking coronavirus precautions such as face masks or social distancing, they were still high-risk activities.

He said: “According to the data, we can still identify these as very high-risk activities.

“On an individual basis there will be people that have adhered strongly to using these mechanisms of protection and that will have protected them, but as in all things the underlying activity is risky and it doesn’t take much – you just touch your mask when you shouldn’t have and you pick up your scissors and adjust the hair, you wipe something out of somebody’s eye and all of a sudden you have broken the barriers.

“It’s not just a case of just bang on a mask and a visor, it’s about not touching the face mask, it’s about washing your hands.

“It’s difficult, it takes nurses and doctors years to learn to do this properly.”