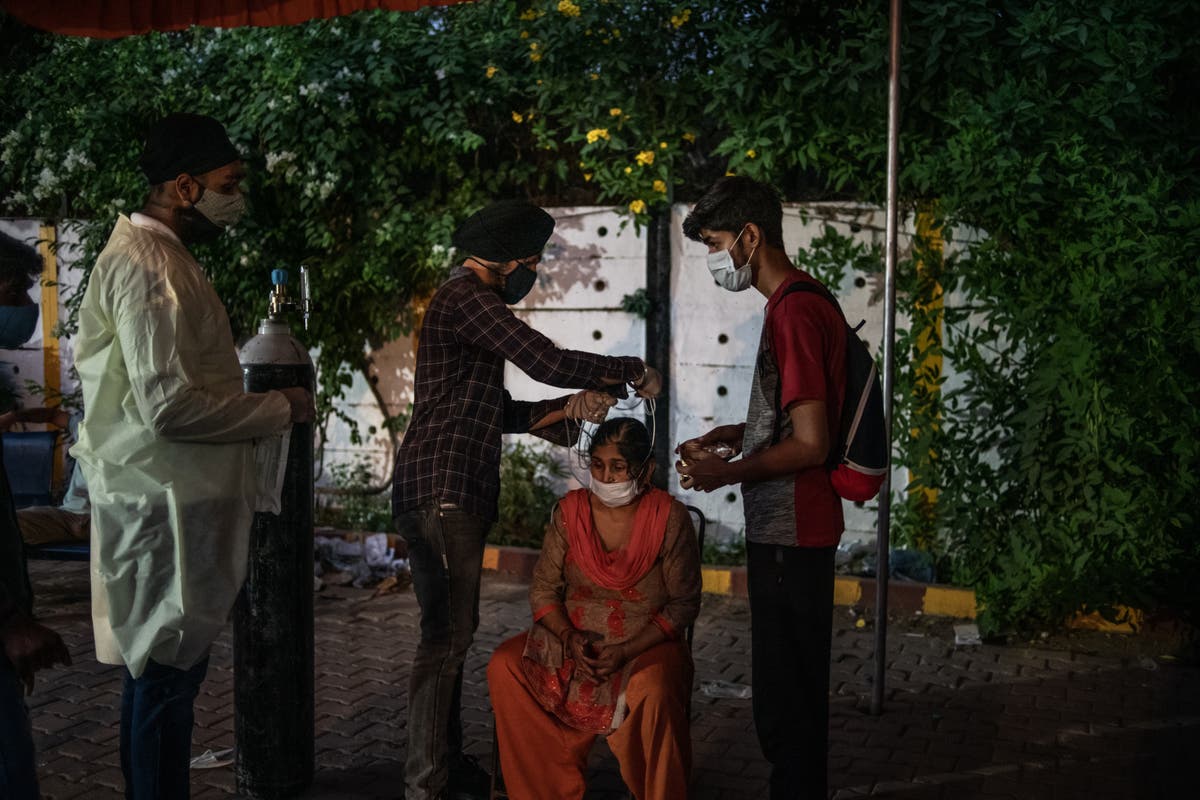 are home residents in England can leave for “low risk” visits without isolating for 14 days on their return from today.

The change in Covid restrictions means residents will be able to leave their care home for a walk, or visit a loved one’s garden, and not face restrictions upon their return.

It comes as India‘s official count of coronavirus cases surpassed 20 million – nearly doubling in the past three months, while deaths officially have passed 220,000. The true numbers are believed to be far higher.

Experts have warned that the coming weeks in the country of nearly 1.4 billion people will be “horrible”.

Portugal: We are really ‘pushing hard’ to open up

Portugal’s secretary of state for tourism, Rita Marques, said the country is “taking the lead” at the European Council in negotiations aimed at opening up the European Union to UK holidaymakers.

She told BBC Breakfast: “We are really pushing hard to open up to third countries like the UK.

Australian Prime Minister Scott Morrison, under pressure to overturn rules barring travel from Covid-ravaged India, said on Tuesday it was “highly unlikely” travellers would face maximum penalties of five years jail and a A$66,000 fine.

Australia last week banned all travellers from India, including its own citizens, from entering the country until May 15 due to the surge in COVID-19 cases there, and warned offenders will be prosecuted and penalised.

The temporary restrictions have been excoriated by lawmakers, expatriates and the Indian diaspora.

“I don’t think it would be fair to suggest these penalties in their most extreme forms are likely to be placed anywhere, but this is a way to ensure we can prevent the virus coming back,” Morrison told local broadcaster Channel Nine.

Balearic Islands push to allow UK holidaymakers in for summer

A senior Spanish official has said she is “very optimistic” that a deal could be agreed to open the Balearics to British holidaymakers this summer.

In 2019, nearly four million Brits went on holiday to one of the four Balearic islands – Mallorca, Ibiza, Menorca and Formentera.

But the number fell by 93 per cent in 2020 and now the country is on a mission to get more tourists back on its islands.

Rosa Ana Morilla Rodriguez, director general of tourism for the islands, said she is hopeful the islands could be included on the UK’s “green list” of countries, which is due to come into force from May 17.

The final decision on whether the change can be brought in from June 21 will depend on the data, the Prime Minister added.

Health Secretary Matt Hancock meanwhile, expressed certainty over a “great British summer” ahead as he confirmed that a total of 50 million Covid-19 jabs have been given out across the UK.

Oktoberfest cancelled for second time due to coronavirus pandemic

Oktoberfest has been cancelled this year because of the coronavirus pandemic.

The German state of Bavaria has confirmed that the two-week beer festival will not take place this autumn.

This year’s Oktoberfest had been scheduled for September 19 to October 4.

Around six million people usually attend Oktoberfest, often bringing in more than €1 billion for the city of Munich.

The move comes after the country last month stopped using AstraZeneca’s vaccine for the same reasons.

The vaccines, made by Pfizer-BioNTech and Moderna, represent the bulk of the jabs given to the country’s population, with more than 1.2 million residents already vaccinated.

The Danish Health Authority said in a statement that it “has concluded that the benefits of using the COVID-19 vaccine from Johnson & Johnson do not outweigh the risk of causing the possible adverse effect”.

British holidaymakers could be jetting off to European hotspots within weeks

British holidaymakers may have the option of jetting off to a handful of European hotspots from next month.

The European Commission proposed to ease restrictions on travel to countries in the bloc amid progressing Covid-19 vaccination campaigns and lower infection rates.

And the UK government’s “green list” of countries to which people can travel without having to isolate for 14 days on their return is expected to be released this week, although it is understood details are still being finalised.

Reports suggested the list could include about a dozen countries, although some newspapers suggested it could be fewer than 10.

However, the true figures are believed to be far higher, the undercount an apparent reflection of the troubles in the health care system.

The country has witnessed scenes of people dying outside overwhelmed hospitals and funeral pyres lighting up the night sky.

Infections have surged in India since February in a disastrous turn blamed on more contagious variants of the virus as well as government decisions to allow massive crowds to gather for Hindu religious festivals and political rallies before state elections.

Care home residents will be able to leave their home for “low risk” visits without having to self-isolate for 14 days on their return.

But those leaving for medical appointments and for overnight visits will still be required to self-isolate for 14 days, the PA news agency understands.

The Department of Health and Social Care (DHSC) removed the requirement for outdoor, “low risk” visits after being threatened with legal action by the charity John’s Campaign.