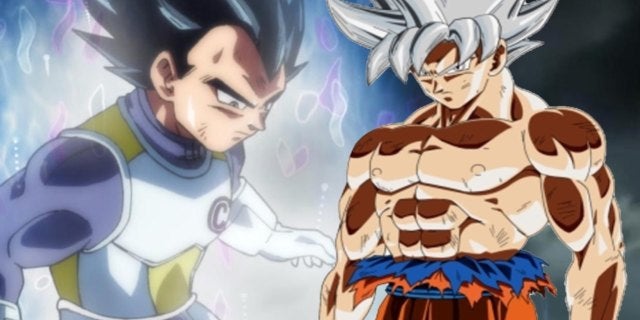 Dragon Ball Super has been off air for some time, but fans are more attached to the franchise than ever. Thanks to the anime’s big reveals, netizens have a lot of new things to geek out over, and one of them is Ultra Instinct. Still, Vegeta has yet to unlock the form, but that has not stopped fans from thinking what could be.

Still, that was not enough for RenanFNA. The artist decided it was time to test Ultra Instinct Omen on Vegeta, and their fan-art looks like it belongs in the canon already.

Taking to Twitter, the artist showed off their Dragon Ball artwork to excited fans. As you can see below, the fan re-skinned a design of Vegeta from the Super Dragon Ball Heroes promotional anime, and it fits in perfectly.

With a white-blue aura around him, Vegeta looks plenty calm in this piece of art. There aren’t any major design changes made to Vegeta given Omen’s simple form, but his pupils have been recolored. His black hair is also lit up with highlights, and the rest of his body has a glow given his aura.

Sadly, Vegeta has yet to power up with Ultra Instinct officially, but fans have yet to stop their rallying. In the manga, Dragon Ball Super is going on strong, and Vegeta made the decision to go train on his own. Now, the Saiyan is eager to unlock a power that could help him defeat Moro, so fans can look forward to that boost soon enough.

Do you think Dragon Ball Super will ever give Vegeta this boost for real? Let me know in the comments or hit me up on Twitter @MeganPetersCB to talk all things comics and anime!