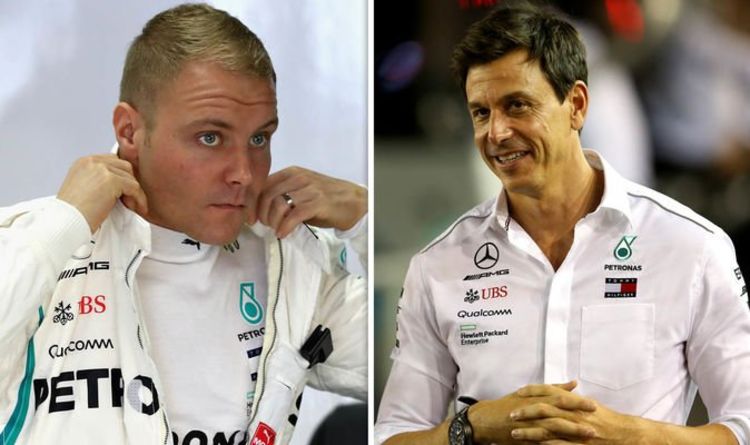 The F1 summer has already seen one major change in the paddock with Pierre Gasly losing his seat at Red Bull to Alexander Albon.

But there remains uncertainty over another top seat with Mercedes yet to make a decision on Bottas’ future.

The Finn’s contract runs out at the end of the year and Mercedes team principal Toto Wolff piled on the pressure for the final two races before the summer break.

More questions were raised though as has crashed out of the German Grand Prix and only managed eighth in Hungary.

And Wolff has made no secret of his belief that Ocon is the future of Mercedes.

Lewis Hamiton is also being consulted by the team on the decision for who his team-mate will be next year, but as of yet there has been no announcement from Mercedes.

Bottas could of course keep his seat and sign for at least one more year with Mercedes holding the option to extend.

But the 29-year-old has already put in preparations for him to be booted out and has started discussions with other teams.

“I’m now waiting for the team to decide,” he said to Finnish media.

“The goal is to make it clear during August.

“Fortunately, I have other options as well.”

There could be a number of changes on the grid in 2020 with only Hamilton, Sebastian Vettel, Daniel Ricciardo, Max Verstappen, Kimi Raikkonen, Kevin Magnussen, Lando Norris and Carlos Sainz Jnr the only drivers to have a contract locked in place.

George Russell is unlikely to leave Williams while Charles Leclerc is expected to continue with Ferrari.

That leaves teams such as Alfa Romeo, Haas, Renault and even Red Bull as viable options for Bottas should he leave Mercedes.