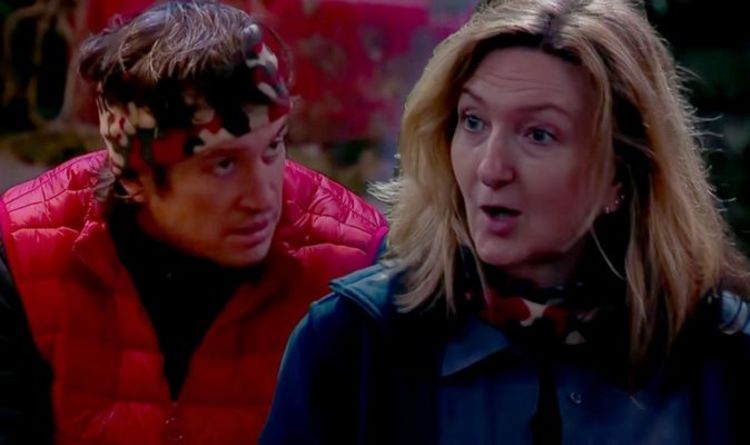 With the climate near freezing in North Wales, having a shower open air may not be on the prime of the I’m A Celebrity… Get Me Out Of Here! stars’ lists of issues to do. However one camp mate may not have a lot selection in the event that they hear Victoria Derbyshire isn’t impressed with their private hygiene. The BBC presenter was advised telling Vernon Kay she was fighting the scent in camp and was near confronting the offender.

Talking to Giovanna Fletcher and Victoria, Vernon requested: “Be honest with me, do I smell?”

“No, you don’t,” Victoria assured him earlier than admitting she felt another person within the camp did.

Vernon famous: “Someone does smell!”

“Yeah, I know who it is,” Victoria agreed.

Viewers should wait till Saturday’s episode to search out out if Victoria confronts the thriller “smelly” campmate.

It comes after Jordan North admitted he hadn’t modified his underwear in three days leaving his campmates horrified.

Earlier within the week when Beverley Callard and Hollie Arnold requested if he had something that wanted washing, Jordan stated he’d not swapped his underwear.

“Usually at home I wear them once, in here we’ve just gone feral,” he advised the pair.