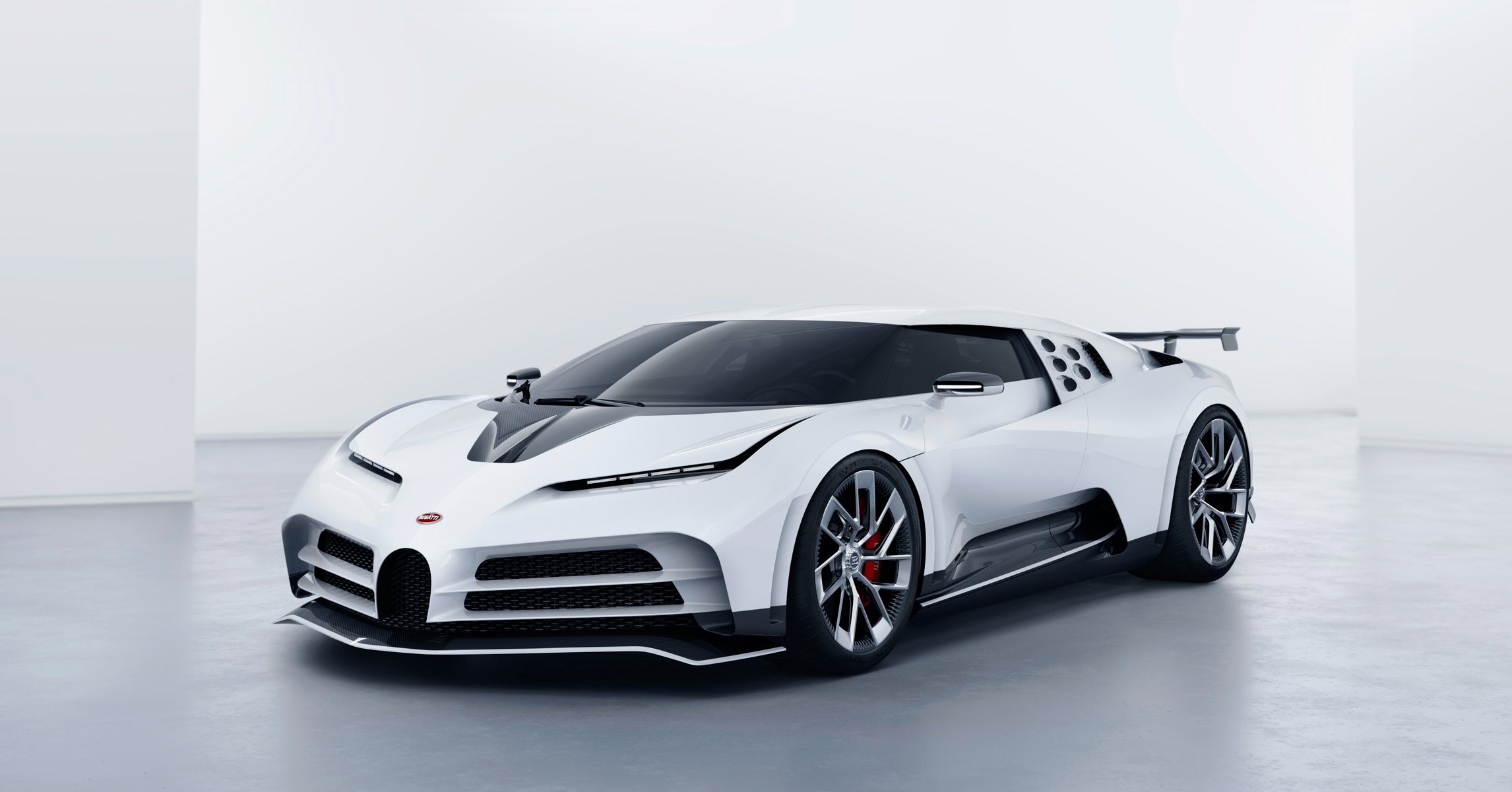 The first music video I recall was for Scar Tissue, one of three number-one hits from the Red Hot Chili Peppers’ 1999 album Californication. And now that I’ve adjusted to hearing the band on classic rock radio, I can empathize with the car lovers whose first knowledge of Bugatti came in the form of the EB110. Because at this year’s Pebble Beach Concours d’Elegance, the ultra-luxury arm of Volkswagen unveiled the Centodieci, a superdupercar that pays homage to that 1990 wind slicer.

Reminiscences done with, the specs: The Bugatti Centodieci goes from 0 to 62 mph in 2.4 seconds. It can and reaches 186 mph in 13.1 seconds. That’s thanks to a W16 engine (think of two V8s) that produces a chest-thumping, spine-bruising 1,600 horsepower. Bugatti electronically limits its top speed to 236 mph, because it doesn’t want you going too crazy. After all, this car costs $8.9 million. Before taxes.

The Centodieci is based on Bugatti’s current model, the Chiron, which is sort of a half-brother to the EB110. After its original glory days in the first half of the last century, Ettore Bugatti’s outfit stopped making cars in the 1950s. In the late 1980s, Bugatti collector Romano Artioli resurrected the company, and in 1991, marking 110 years since the birth of Ettore Bugatti, released the EB110. The venture went bankrupt a few years later, and in 1998, Volkswagen bought the rights to the brand and moved it from Italy to its original home near Strasbourg, rolling out the Veyron (the rare vehicle to earn a WIRED 10/10 review) in 2005 and the Chiron in 2016.

Stay in the know with our Transportation newsletter. Sign up here!

Now celebrating 110 years since the formation of the original Bugatti, the company decided to embrace that somewhat rocky history by remaking the Chiron in the EB110’s image. The new car has the same wedge shape that dominated the now classic era and the same, distinctive set of five round air inserts just behind the window. But the cars are more siblings than twins. Partly because Bugatti design lead Achim Anscheidt says “I’m not trying to do a retro design with this car.” And partly because there’s only so much his team and their engineering colleagues could do with the fundamental shape of the Chiron.

The key technical challenge, Anscheidt says, was creating a design that would evoke the EB110 but still get enough air into and out of the colossal engine and offer the aerodynamics needed to push a car far north of 200 mph. That’s why the rear of the car features a taillight surrounded by one big ventilation hole.

Another helpful move was using what Bugatti calls filigree side view mirrors, which let air pass through them. Rather than sticking out into the airstream “like a coconut,” Anscheidt says, “it’s actually welcoming the wind.” That drops the weight of the car too, and aided by lightweight windshield wipers and carbon-fiber stabilizers, the Centodiece weighs 44 pounds less than the Chiron. In this game, taking away weight matters just as much as adding power.

The thing that really makes the Centodiece worth the $8.9 million though (or, rather, what convinces people to pay such a sum), is that Bugatti will make just 10 of them, with deliveries scheduled for 2021. And by then, who knows what else will look like a classic.