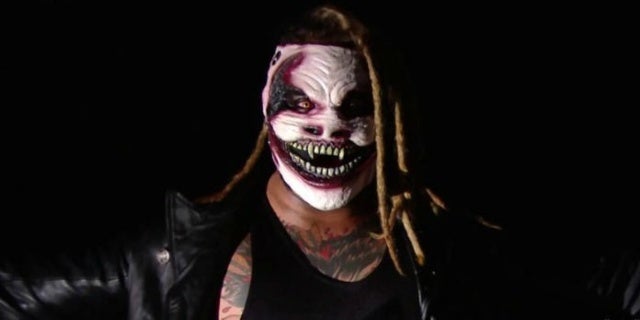 Bray Wyatt made his first appearance as “The Fiend” since SummerSlam during this week’s Monday Night Raw. Early in the show Jerry “The King” Lawler made his way out to the ring for what was supposed to be a King’s Court segment with Sasha Banks. But before his interview could get underway Lawler gave his thoughts on the King of the Ring tournament, saying he felt Cedric Alexander and Buddy Murphy would be the two wrestlers from Raw to make it to the finals.

Suddenly the lights started to flicker, just as they had done before when Wyatt attacked Finn Balor, Mick Foley and Kurt Angle on episodes of Raw. Lawler ran out of the ring and up to the top of the entrance ramp, but wound up getting attacked from behind by Wyatt. The former WWE Champion locked the Hall of Famer in the Mandible Claw before disappearing.

Wyatt made headlines back at SummerSlam when he carried a lantern made to look like his own severed head to the ring before beating Balor in just under three minutes. Jason Baker of To Savini Studios discussed how the lantern came about.

“It’s all Bray’s brainchild,” Baker said. “He had these ideas, and we did some concept art, but it wasn’t really hitting home with Bray. So he got a really, really good sketch artist named Kyle Scarborough, out of St Louis, to do some concept art for him. Those sketches were awesome, and we took those and brought them to life.

“They’re good blueprints, but we put our own stamp on the mask as well,” he added. “It comes down to sculpting, logistics, and comfort. If the guy’s going to wear this while beating the living piss out of people, he should be able to see out of it and make sure it’s strapped to his head.”