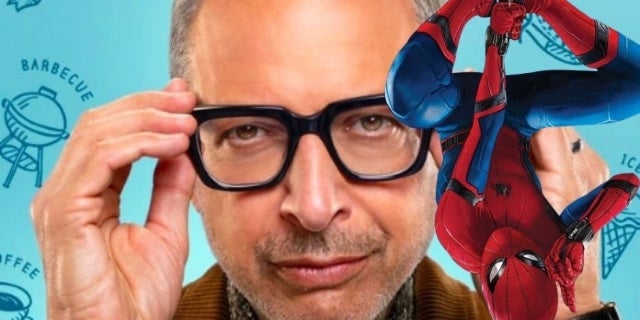 D23 Expo kicked off in Anaheim yesterday, which means tons of big names in Disney are in attendance. One such celebrity is Jeff Goldblum, who is returning to the Disney fold for the new National Geographic series on Disney+ titled The World According to Jeff Goldblum. Like most of the people in attendance, Goldblum was asked about the recent news surrounding Sony and Disney’s inability to reach an agreement over Spider-Man, resulting in Tom Holland’s probable removal from the Marvel Cinematic Universe.

Best trailer to come out of #D23Expo last night is Jeff Goldblum’s incredulous response to the #Spiderman drama he hadn’t heard about yet. pic.twitter.com/5Zd0MR7ZPX

“No! This is the first I’ve heard of it. I’m crestfallen. Save… what’s happening? I didn’t know any of this,” Goldblum replied.

The interviewer goes on to explain the Sony and Disney split.

“I’m not a business person… whatever you say is Greek to me,” Goldblum adds. “But it’ll all work out, I’m sure. Good luck, they’ll figure it out.”

According to the initial report from Deadline, the Disney/Sony standoff was over a reworking of the deal that would see Disney get a 50-50 co-financing stake in the upcoming Spider-Manmovies. The deal would have given Disney its stake in the franchise while also bringing Sony’s extended universe of Spider-Man movies such as Venom into the MCU. Sony turned the offer down outright without so much as a counteroffer. The company preferred to keep the current arrangement intact, which sees Disney receiving an approximate 5% of each Spider-Man movie’s first-dollar gross.

While many initially blamed Sony for the drama, some reports suggest Disney is the one who wanted to walk away.

Disney’s official description for Goldblum’s new series can be found below:

“Jeff pulls back the curtain on a seemingly familiar object to reveal a world of astonishing connections, fascinating science, and a whole lot of big ideas.”

The World According To Jeff Goldblum premieres on Disney+ on November 12th.