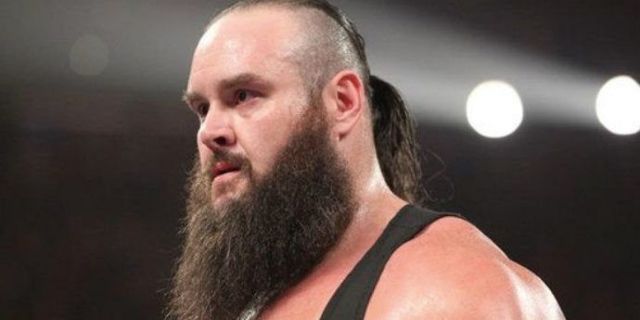 Braun Strowman’s quest to win a singles championship in the WWE was thwarted once again on Monday Night Raw this week.

After saving Seth Rollins and Ricochet from an attack by AJ Styles, Karl Anderson and Luke Gallows on Raw last week, “The Monster Among Men” was challenged by Styles to a match for the United States Championship. Strowman accepted, and within minutes he looked to have the match won when he slapped Styles out of the air during an attempted Phenomenal Forearm.

Strowman then hoisted Styles up for a Running Powerslam, only for Gallows and Anderson to hit the ring and cause a disqualification.

Rollins ran out and chased off the group. There was an awkward moment between he and Strowman afterwards, but the big man opted not to go after the reigning Universal Champion. He ran up to Strowman backstage and said he was going to set up a match for Gallows and Anderson’s Raw Tag Team Championships. Strowman agreed, and the match was later confirmed by WWE’s commentary team.

In a recent interview with Sports Illustrated, Strowman addressed the fact that he came within inches of becoming world champion multiple times in 2018, only to come up short. Strowman said that he simply doesn’t need a world title at this point in his career.

“But it’s not a necessity right now,” Strowman said. “I don’t need something to boost my character. I get some of the biggest reactions out of anyone just walking out because of my sheer size and ability. It would be cool right now, but I’m here for the long haul and I have many, many more years of WWE in me, There’s plenty of time.”

In a separate interview with ComicBook.com, Strowman pitched the idea of facing off with his former Wyatt Family member in “The Fiend” Bray Wyatt.

“It was really awesome seeing Bray come back as The Fiend, and the feedback from the WWE Universe was unbelievable last night,” Strowman said. “And that’s definitely a character and a guy that I look forward to getting back into the swing of things in the foreseeable future, whether it be friend, Fiend or foe. It’s one of those things, the man that created the monster, per se, brought him to life, one day might face him again, or share the ring with him again. So it’s really good to have Bray back because he took a little hiatus to get this character developed and figured out and bring him to fruition like he has, and I think it came off with a home run last night with the WWE Universe to everybody that was watching.”