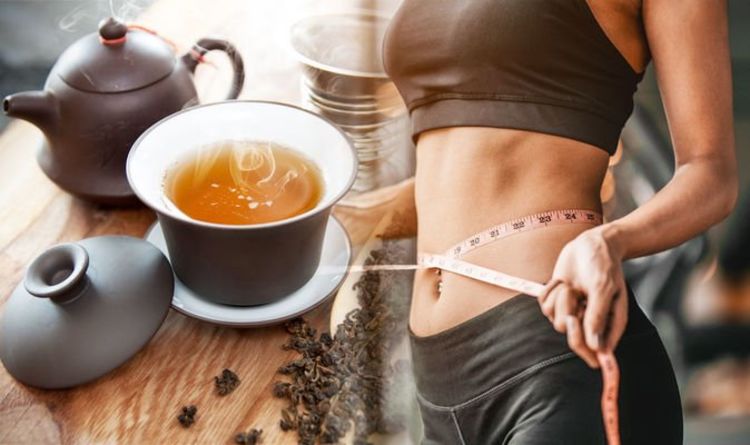 Weight loss is tricky, but drinking a certain tea could help you slim down.

Oolong tea is a Chinese tea that is grown under a hot sun.

It is often described as being part way between green tea and black tea.

Various studies have found oolong can help those looking to slim down.

One such study from Shenyang Pharmaceutical University in China found look specifically on the “anti-obesity effects of oolong tea on diet-induced overweight or obesity.”

One hundred and two subjects in the study drank 8g of oolong tea a day for six weeks.

Twelve per cent of those in the study lost body fat.

The scientists suggested the tea was increasing the rate at which fat was metabolised in the body.

In another study, mean who drank the tea burned on average 281 calories per day.

But while some drinks help you lose weight, these drinks should be avoided by those looking to slim down.

Dr Marilyn Glenville told Express.co.uk: “Alcohol, tea, coffee and colas (either diet or regular) are socially acceptable drugs and they have either a depressant or a stimulant effect.

“Because they are part of everyday life we tend to forget their addictive properties. When we are younger, we are adaptable, flexible and able to eliminate toxins with ease. As we get older our bodies have less tolerance and the effects accumulate.”

This breakfast diet tip could help you lose up to 10lbs.

Dieters should drink two glasses of water before their first meal of the day.

According to Healthline.com, drinking water before meals may reduce appetite in middle-aged and older individuals, which leads to weight loss.

One British study found that by driving 16 ounces of water, which is just under two cups, slimmers lost an average of 2.87 pounds in 90 days —which translates to 11.5 pounds in a year.