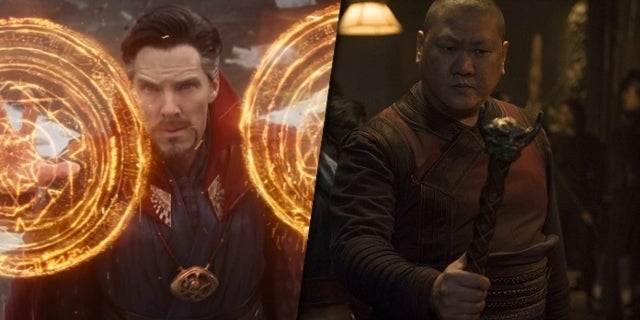 As it stands now, the Marvel Cinematic Universe is without the Infinity Stones. Reduced to atoms by Thanos (Josh Brolin), the present timeline — 2023 MCU — no longer has access to the very items that destroyed half of all reality, which happens to include the green Time Stone. During the events of Doctor Strange — and Avengers: Infinity War, for that matter — it was drilled in the heads of fans that the main purpose of Doctor Strange (Benedict Cumberbatch) and the Masters of the Mystic Arts was to protect the stone with whatever resources they had. In fact, Strange flat out says he’d rather see Tony Stark (Robert Downey Jr.) killed off than giving up the Infinity Stone.

Now the world — at least in the main timeline, that is — is without the Infinity Stones, what are Doctor Strange and the Masters of the Mystic Arts supposed to do now? They’ve spent years protecting our realm in order to guard the Time Stone and it’s been reduced to atoms. With the future a bit in flux without the Stone, let’s take a moment to discuss a few of the options Strange and company have without the stone.

The easiest situation right out of the gates would be to just live without the Time Stone, right? It’s been reduced to atoms and unless there’s a spellbook somewhere in the libraries of Kamar-Taj, there’s really not a way to bring it back in its previous state. That scenario would seem to open up a huge liability with other-worldly threats like Dormammu. After all, the Time Stone is the only reason Strange was able to defeat the ruler of the Dark Dimension and without a time loop, one would think Dormammu could easily lay waste to Earth.

Now that time traveling technology is readily available in the MCU, Strange theoretically could go back in time and barter with the Ancient One (Tilda Swinton) to give him the Time Stone, much like the Hulk (Mark Ruffalo) did in Avengers: Endgame. He could then use that stone in the present timeline to undo the events of Thanos erasing the stones for existence — but even then, that seems to bring up another big “oops” moment. As we’ve seen of the Time Stone logic before, that’d mean Thanos would likely come back with the Infinity Stones which would allow him to Snap in the blink of an eye right away.

Worse case scenario, Strange could go back in time to pluck the Time Stone out of an alternate timeline, launching that particular fracture of time into chaos and eternal damnation. Despite being rather grim, that’s not entirely out of character of the Sorcerer Supreme.

What do you think the MCU mystical community does now without the Time Stone? Will they try getting it back? Share your thoughts in the comments or by tweeting me at @AdamBarnhardt to chat all things MCU! Doctor Strange in the Multiverse of Madness bows May 7, 2021.