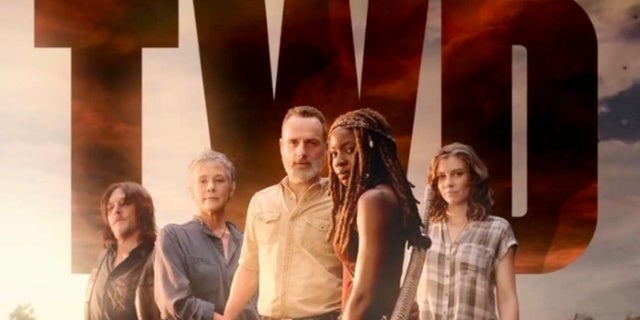 The Walking Dead Season 9 will be available for streaming on Netflix starting September 1, according to What’s on Netflix.

The complete Walking Dead Season 9 is available to own on Blu-ray and DVD starting Tuesday, Aug. 20, and features never-before-seen deleted and extended scenes and other special features.

Season 9 is also available to stream for free on the AMC website, no login required, until Aug. 31.

The season, the first under TWD veteran writer-producer Angela Kang as showrunner, emerged as the series’ highest-rated season on Rotten Tomatoes. In its spoiler-free review, ComicBook.com called a revitalized Season 9 “can’t-miss, must-see TV.”

Last season brought the culmination of “All Out War,” which pitted Rick Grimes and his group of survivors against the Saviors and their cunning leader, Negan. With Negan’s life in his hands, Rick had a character-defining choice in front of him. By making the unilateral decision to spare Negan, Rick upheld the values his late son, Carl, championed in order to build for the future, but created conflict within his group. Now, we see our survivors a year and a half after the end of the war, rebuilding civilization under Rick’s steadfast leadership. It is a time of relative peace among the communities as they work together, looking to the past to forge the future, but the world they knew is rapidly changing as man-made structures continue to degrade, and nature takes over, changing the landscape and creating new challenges for our survivors. As time passes, the communities confront unexpected obstacles, danger, and of course, walkers, but nothing quite prepares them for the formidable force they are about to encounter, which threatens the very idea of civilization that our survivors have worked so hard to build.

The second half of the season would introduce an all-new threat: Alpha (Samantha Morton) and her Whisperers, a barbaric cult who will again menace the survivors in Season 10, due out Sunday, October 6 on AMC.