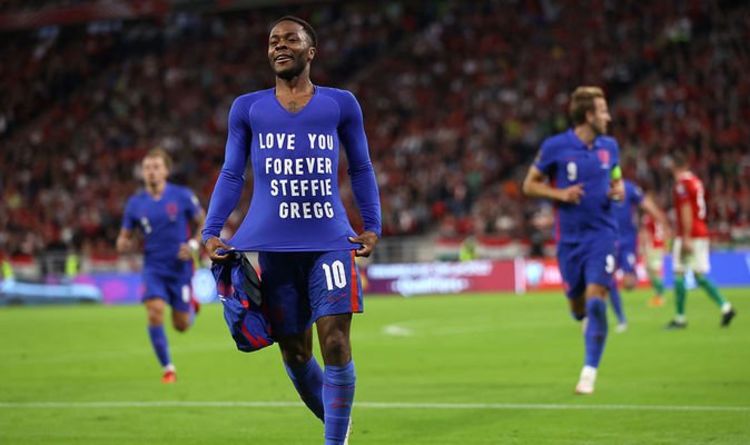 Many celebs have paid tribute to Steffie Gregg after her tragic death from Covid on August 31. England star Raheem Sterling revealed a T-shirt saying “Love you forever Steffie Gregg” after England scored a goal against Hungary on Thursday. Who is Steffie Gregg? And why did Sterling wear a shirt with her name on it?

Ms Gregg was a Twitch streamer, and her tragic death on August 31 has shocked many.

She is also the niece of Dancehall producer Rvssian.

Dance Hall Magazine reported Gregg suffered from Lupus, an autoimmune disease which led to complications when she contracted Covid.

At the time of her death, she reportedly had received one dose of the AstraZeneca vaccine.

She was airlifted to Miami for treatment this week but tragically died on August 31.

Many celebs have taken to social media to pay tribute to Ms Gregg.

Among them have been her famous uncle Rvssian.

He wrote in an Instagram post: “I feel helpless my little Steffie. I feel I failed you and couldn’t protect you from this… COVID is REAL, You don’t know until it hits home”.

He added: I lost you & daddy in the same week. You were one of the happiest persons Ever and always had a great vibe and you lit the room up with your energy.”

Ms Gregg’s death is a second tragedy for Rvssian, who announced the death of his father, Michael ‘Micron’ Johnston in August.

She had gathered a following of more than 34,000 on Instagram.

On Ms Gregg’s most recent Instagram posts, friends and family have shown their support for her, leaving touching comments as tribute.

Celebs such as Usain Bolt, Prince Pine, Romeich Major and many others have all left comments to show their support.