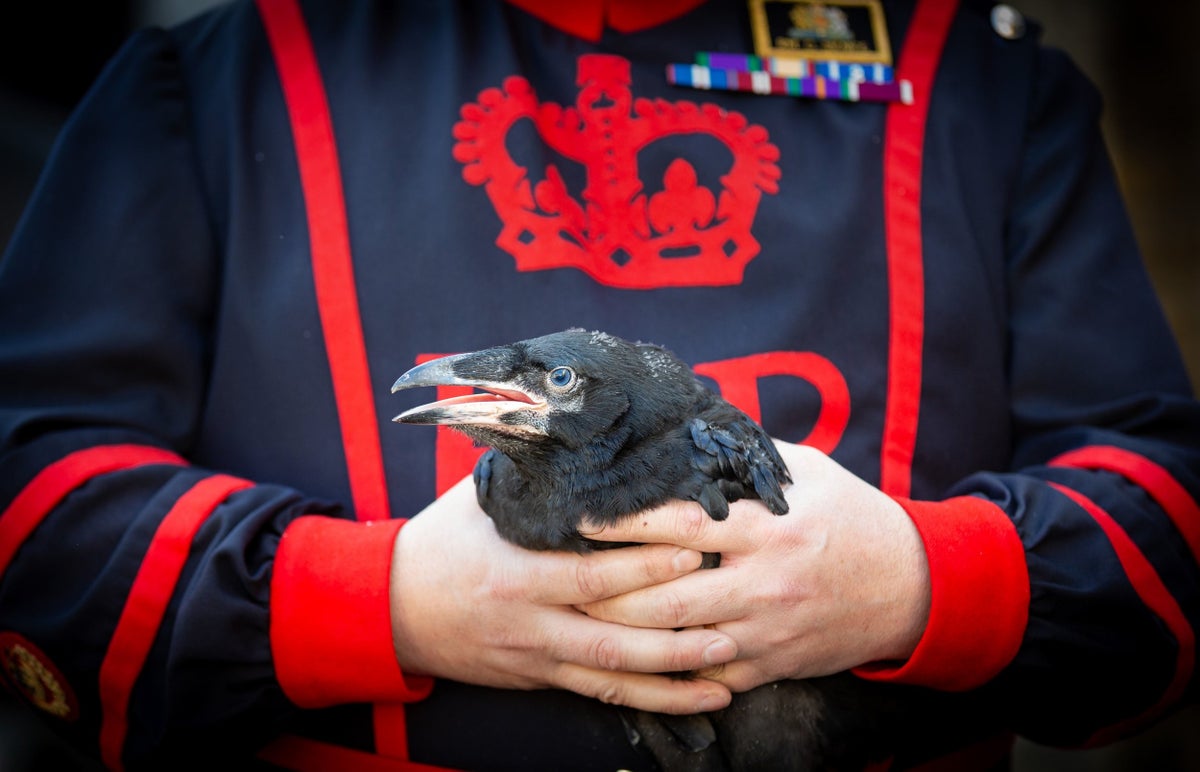 esterday the Tower of London reported its Raven “Queen” Merlina had been missing for several weeks and was feared dead.

Here is all you need to know about the flock – known as an Unkindness – who live and work at the Tower of London.

What is the Tower of London raven legend and how long have the birds been there?

Legend has it that crown and country will fall if the Tower of London’s six resident ravens ever leave. The fortress itself is around 1,000 years old but Charles II, who was on the thrown in the 1600s, is thought to have been the first monarch to insist that the birds always be there.

It is believed his astronomer, John Flamsteed, had complained about the ravens interfering with his observatory work in the White Tower.

The King ordered their destruction only to be told that if the ravens left , the White Tower would fall and “great disaster” would befall the Kingdom, according to Historic England.

The King then decreed that the Unkindness be kept at the fortress and castle at all times to prevent disaster.

During the Second World War numbers fell to just a single raven guard and Winston Churchill had to order the flock be increased to at least six at all times.

How many ravens are there currently and what are their names?

Who looks after them?

Ravenmaster Chris Skaife. He is a Yeoman Warder, also known as a Beefeater, and is dedicated to caring for the flock at their lodgings on the South Lawn.

What is their job?

The ravens are known as the “guardians of the tower” and patrol the different territories within the walls. During World War II they were used as spotters for bombs and planes in the Blitz.

Can they be sacked?

Yes. Protecting Queen and country is a serious job and any raven who falls foul of the rules can expect to be dismissed.

In 1986 George, who had served for 11 years, was sacked for “unsatisfactory” conduct after he destroyed five TV aerials in a week. He was banished to Wales for the offence.

Hugine and Jackie were dismissed after “going rogue”. The pair refused to settle down after their mating period and were official excluded in 1996 for “conduct unbecoming to Tower residents”.

Bran, who was described as an “absolute brute of a bird who hated all humans”, was discharged around a decade ago.

He was nicknamed “Bran the Thug” by Tower staff because of his violent antics. Mr Skaife recalled the time he once attacked a TV cameraman in his book -The Ravenmaster: My Life with the Ravens at the Tower of London.

Has the Tower lost birds before?

Yes, but it is rare for them to leave. The ravens are free to roam the castle during the day but to prevent them flying away easily one of their wings is clipped slightly by the Ravenmaster.

However, this has not stopped those determined to leave.

In 1896 two of the birds reportedly left for St Paul’s dome and never returned.

Gripp simply “disappeared” in 1946, according to Tower records, after 17 years of service.

In September 1960 Grog was reported AWOL after 21 years as a guardian. He was last seen at the Rose and Punchbowl pub in the East End.

And on August 23, 1995 The Evening Standard reported that raven Charlie had been murdered by a police sniffer dog – a spaniel also named Charlie.

What do they eat?

They eat a diet of raw meat, mainly rabbit, as well as bird biscuits soaked in blood. They are also partial to the odd mouse and occasional egg. They have been known to forage in bins and pick up food dropped by the millions of tourists who visit the Tower each year.

But Historic Royal Palaces warns not to feed the birds directly as they can bite if they feel their territory is being threatened.

Where do they come from?

The Tower of London now breeds its own ravens. George was the first to be born there in 30 years after the breeding programme was started in 2019.

The previous year, with only one raven in reserve, Historic Royal Palaces was given planning permission by Tower Hamlets council for a breeding aviary.

The Tower said it was faced with a shortage of legal breeders.  Historic Royal Palaces has warned it was becoming “increasingly difficult” to source the birds and “there are very few legal captive raven breeders in the UK”. It is illegal to keep a wild bird in captivity.

“The Tower of London comes under the Wildlife and Countryside Act 1981, which states clearly that we should not resupply … from birds in the wild as done in years gone by.”