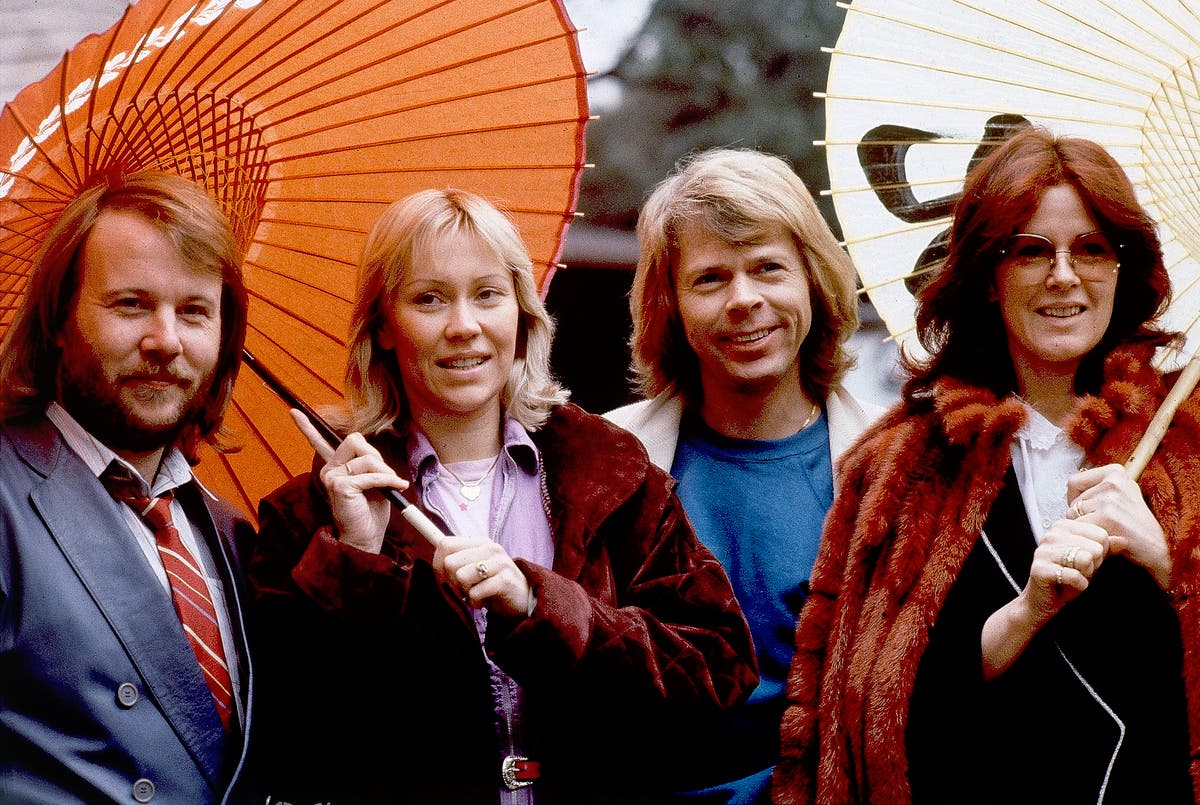 bba famously turned down a lot of Money, Money, Money ($1billion to be precise) to reunite but refused to do so for almost four decades.

The Swedish icons have sold some 385 million records worldwide, making them one of Universal Music’s biggest artists.

They have now agreed to perform together again with a gig at London’s Olympic Park and new singles I Still Have Faith In You and Don’t Shut Me Down.

But with so much success why did Abba break up in the first place?

At the height of Abba’s fame both couples divorced, one in 1980 and the other a year later.

The band went their separate ways in 1982, with Agnetha admitting she found it hard being in the band after her break-up.

Agnetha fell in love with Bjorn at 19, after meeting him in a cafe. They were married in 1971 and Abba won Eurovision in 1974.

She told the Standard she was emotionally ‘mangled’ by the split with Bjorn, who was the father of her two children.

Within a week of their divorce, Bjorn had a new girlfriend and Agnetha had counselling.

Abba’s hit The Winner Takes It All was written during this period and Agnetha said she found it hard to find the emotional strength to sing: “Tell me does she kiss/Like I used to kiss you?”

Speaking about the song in 2013, Agnetha said: “Björn wrote it about us after the breakdown of our marriage. The fact he wrote it exactly when we divorced is touching really.

“I didn’t mind. It was fantastic to do that song because I could put in such feeling.

“I didn’t mind sharing it with the public. It didn’t feel wrong. There is so much in that song. It was a mixture of what I felt and what Björn felt but also what Benny and Frida went through.”

After a tour, the band returned to the studio in 1982, but realised that, with both couples now divorced, it was no longer any fun being Abba.

Agnetha also spoke about how her split from Bjorn was painted as a “happy divorce” but that it was anything but.

She wrote in her 1997 book As I Am: “We always told the media that it was a ‘happy’ divorce, which of course was a front…obviously we all know there are no such things as happy divorces, especially when there are children involved.”

In 2000, amid a revival of several of their hits, an American-British consortium offered the group $1 billion to reunite for 100 shows, but they declined the offer, according to E! Online.

“It’s a hell of a lot of money to say no to, but we decided it wasn’t for us,” Benny told Swedish tabloid Aftonbladet in 2000.

Agnetha explained to Radio Times: “We said no because they wanted 250 shows or something, it was incredible. No chance.”

Abba still has millions of fans worldwide and their latest compilation album, Abba Gold, stayed in the charts for more than 400 weeks.

Speaking about the band’s comeback, Björn, 76, told Zane Lowe that things had felt natural when they began recording together again.

He said: “I looked around and I looked into Agnetha’s eyes and Frida’s eyes and there was the same kind of feeling, the warmth and the friendship and the bonds, between us that, as you suddenly realise no one on earth has experienced this kind of relationship that we have because, thinking about it, it’s true, nobody else has.

“Sadly, people die and they don’t stay on friendly terms for their whole lives, but we have. And I’m so incredibly happy for that.”

Despite going their separate ways, the band claim they never officially broke up.

Björn said: “We ended, and for creative reasons. We ended because we felt the energy was running out in the studio, because we didn’t have as much fun in the studio as we did this time.

“And that’s why we said, ‘Let’s go on a break’. And we never said, ‘This is it. We’ve split and we’ll never reunite again’. We never said that.

“We just said back then that we’d go on a break. And this break has now ended. Sounds strange…”

Abba’s new album Voyage will be released in November.